Grumps the Seer by PhoenixCross 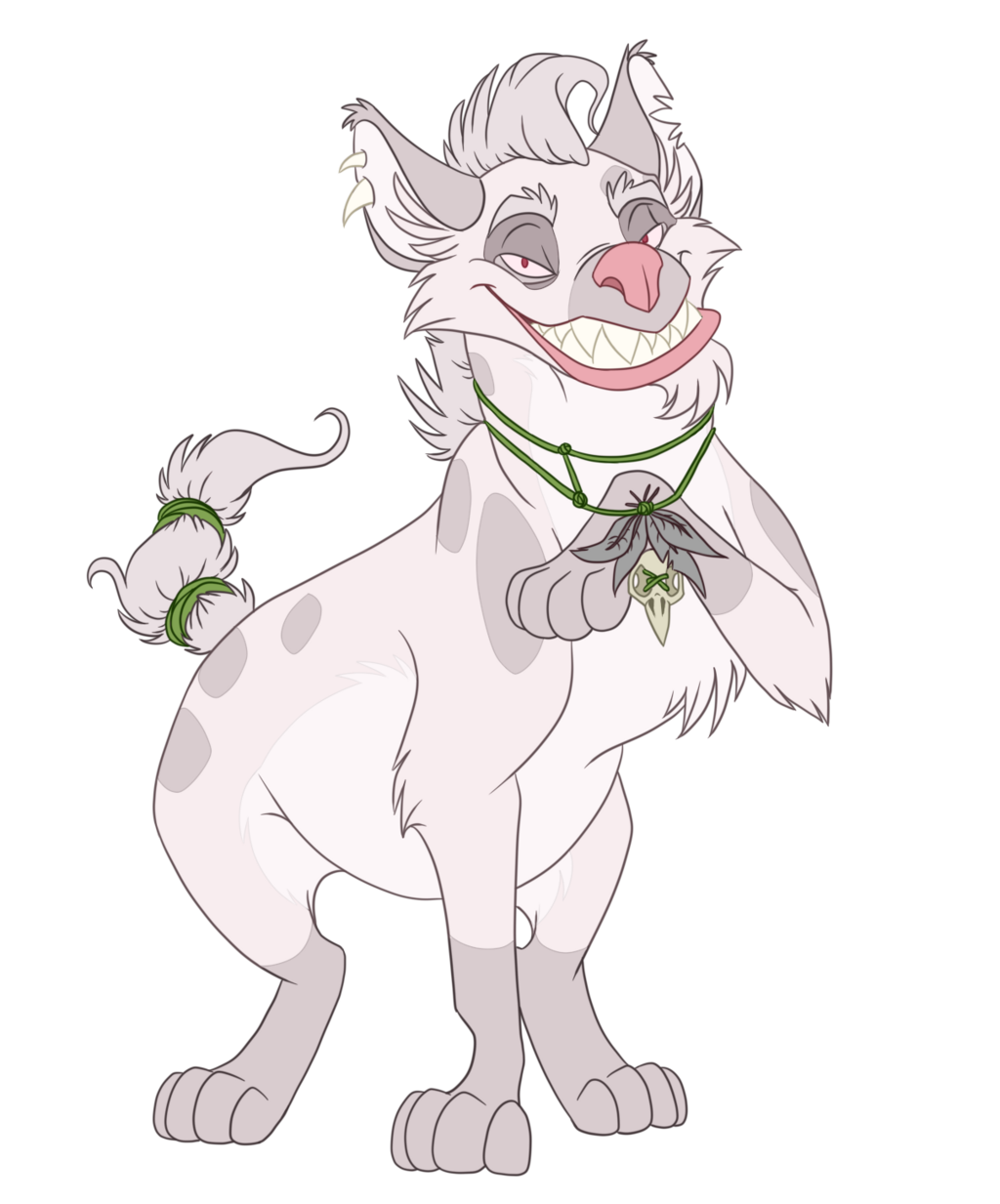 A male hyena, born with a unique, white coat. Due to this trait he was living well above other hyenas, even females, being pampered by the clan as best as he could be. This also allowed him to live far longer, exceeding average hyena lifespan by a long shot.

Currently living on the sacred grounds that his clan have long abandoned, next to yet another clan. While he doesn't associate with his new neighbors much, even despises their presence for their disrespect to the role they should play in the world, he gladly takes advantage of their naivety, coming up with "prophecies" in exchange for food.

Losing so much after so many years alive - family, name, strength and eventually his eyesight - he grew resentful and bitter. However, despite all of this, he knows that his role is not yet complete and patiently awaits whatever the Circle of Life has yet to throw at him.

(will add more at some point)