Cecelia Minett (The Hunter) by Creamecream 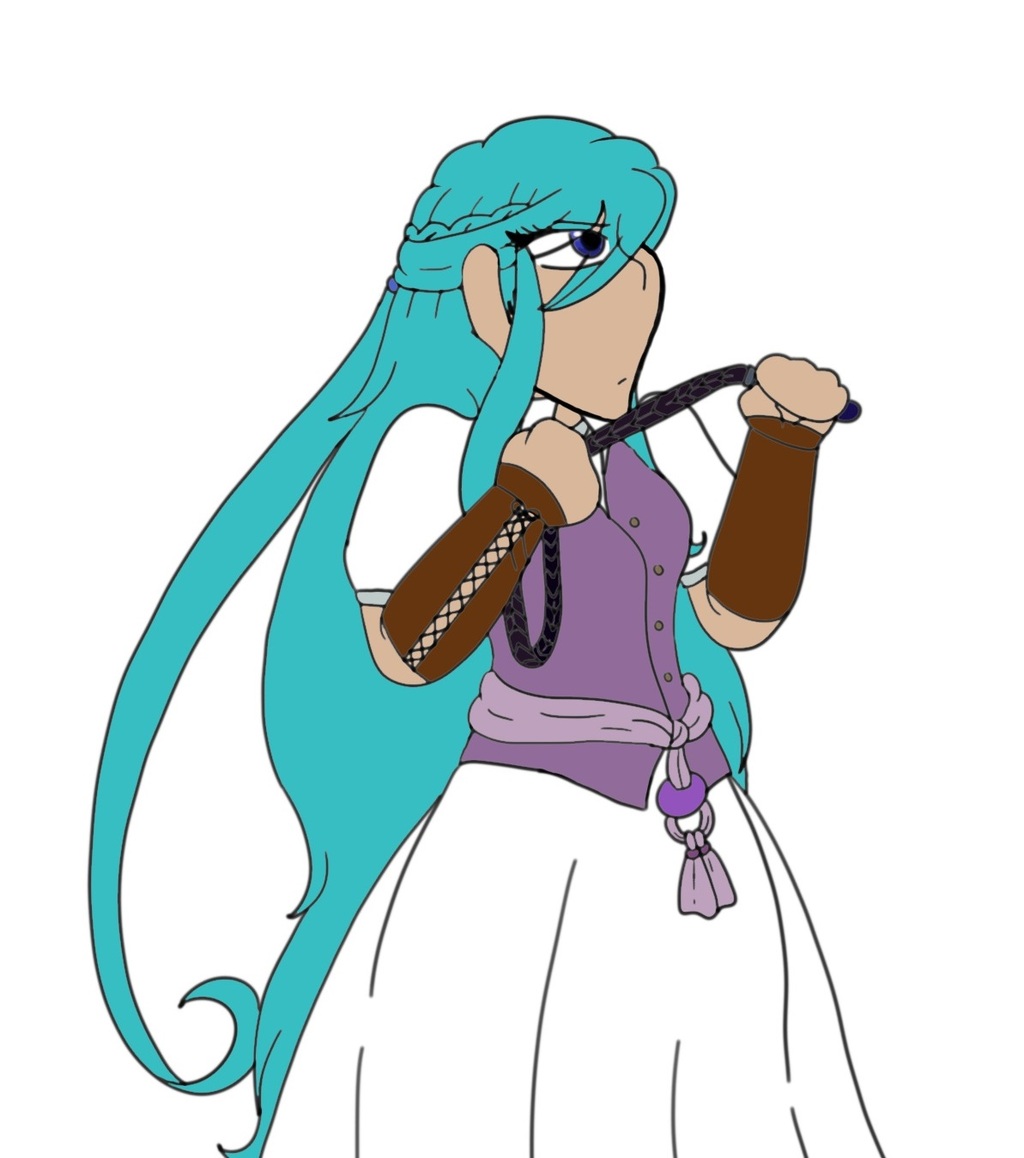 My second hunter of my When The Night Comes multi hunter verse, and the younger sister of my main hunter, Bronwen Dallas
She/Her
Used to be happily married to one Siryne Minett, who was a siren, and who was killed by a pack of vampires pre game for hunting on their territory, and thus Cecelia has a distrust of vampires, and side eyes Finn for a long bit of the first few episodes, though he eventually wins her over
Weapon of choice is a fierce short whip
Is on the romantic route of Ezra Lyon, and his alone
Feels inadequate next to Finn as Ezra's lover, and as such tries to distance herself at one point, but Ezra ran after her and made her realize that he and Finn are not a thing anymore and that he loves her
Has extremely long hair, down to near her ankles, but is extremely thin, so while it is ridiculously long, it actually doesn't take that much to clean and dry
Fully condemns Harry, and submits him to death
Usually wears a beaded charm bracelet that Ezra has put a protection charm on to help protect her from monsters
Gets pregnant from her canonical coupling with Ezra, and starts showing soon after Harry is dealt with
Once everything is dealt with, rejects the title of Hunter Lieutenant General, and instead moves away from Lunaris with Ezra, gets married to him, and the two of them start their own little family in a new, safer town, of course though they still miss their friends and family from Lunaris, and they visit frequently, but they won't raise their daughter there