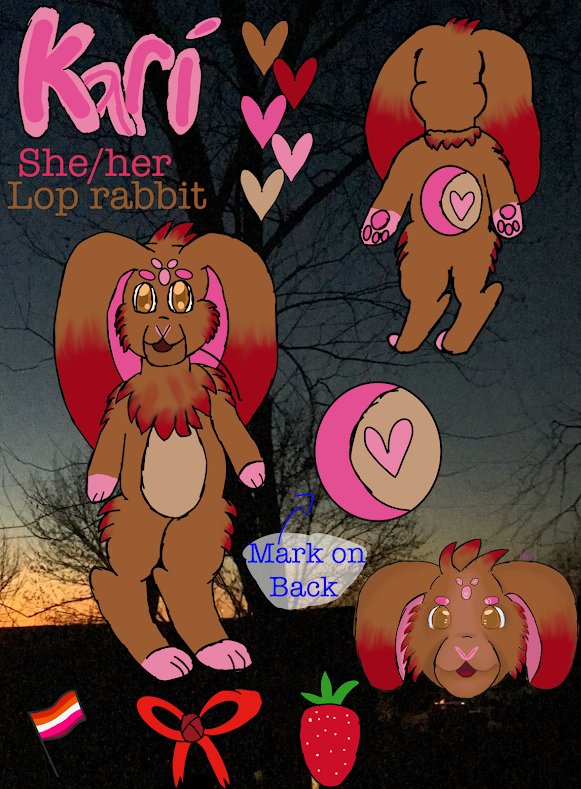 Kari is a bouncy young rabbit. she is motherly, caring and more than ready to take in anyone who is lost, upset or just needs a home. she has very sensitive hearing plus she has adhd so she gets sensory overload pretty easily. while is is pretty short normally she can hold up her ears making her another foot taller.

backstory
Kari grew up with her family off in the middle of a forest, sometimes traveling to the city to interact with people and get necessary materials for life. when Kari was still a very young kid a griffin moved into a cave near her home. while the griffin was originally a bit hazy about this small flamboyant bunny but Kari's caring nature eventually made them very close friends.
when Kari was older their parents wanted to move to the nearby town, but Kari had gotten very tied to her forest home, so she stayed while her parents left. she and the griffin (who's name was marshmallow) kept each other company and took care of the forest. a few years later people started to appear. anthro's of every personality and type all with one thing in common. they were lost. while she never meant to start her own little village, but she cared for them and offered them all acceptance and comfort. eventually, when her one little home grew into a village, she decided to give it a name.
rammeno, a village for the lost and found.