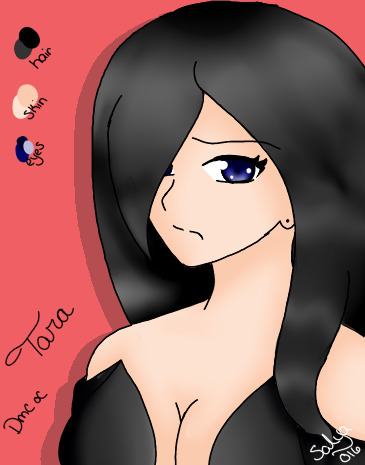 Tara is my OC for Dante. She can be a bitch to him but she really does love him. To add to her problems, he was the one to killed her best friend whom's soul is in her main gun called DeathShot. That one gun can talk to her and the soul HATES Dante. lol

Oh she has a twin sister who is for Virgil and for AU reasons is the mother of Nero. Which Nero has a thing for Tara but for a long while, No one would tell her that her sister was Nero's mother. lol

Also Dante knows things that she don't. She is looking for her mother who disappeared with her twin when the twins were younger. And for AU reasons as well, She gets her 'missions' from Virgil which most of them are for her to annoy Dante or miss up his job. lol Yes, Virgil is an ass. lol