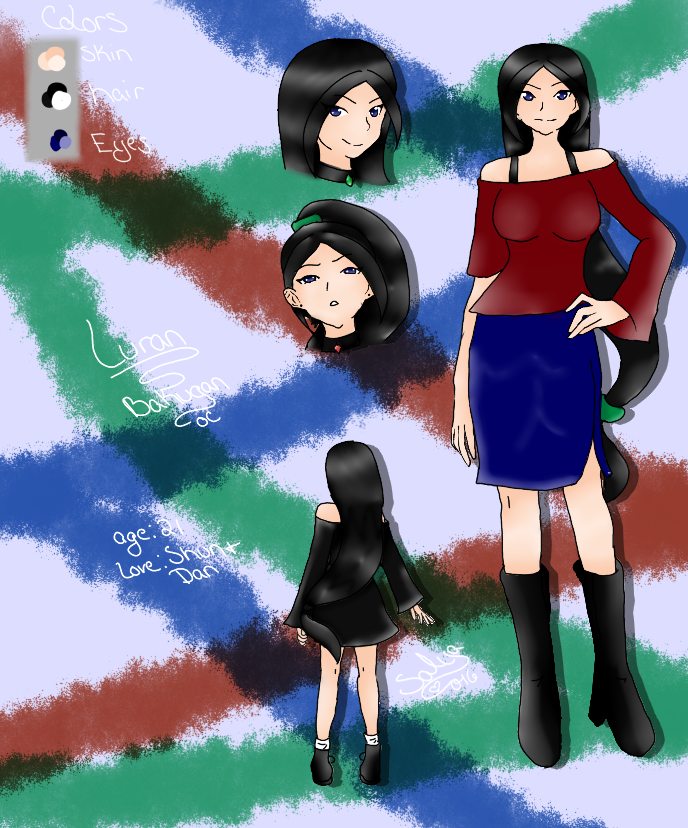 In my Au of Bakugan, it's still all the same, but she's ood. She grew up with Shun and Dan. Her mother was old friends with Shun's Mother, before both died. Shun's mom dies from an iness I think as Luran's mom was killed by a drunk driver.

She has a dragon bakugan but both Dan and Shun won't allow her to battle since she pretty much allows her dragon to do whatever and the one she battled, both bakugans and their partner are left shunned and mute for a good week. Her dragon is a black dragon from the darkness element. He's not an evil dragon since he wants to protect his partner.

Oh and her dad beats her since he blames her for her mom's death. Shun gets her to move in with him after her father really hurts her. broken arm...I think.

But anyways, she's official paired up with Shun, but I like doing M/F/M which is why I put her pairing as Shun and Dan. lol