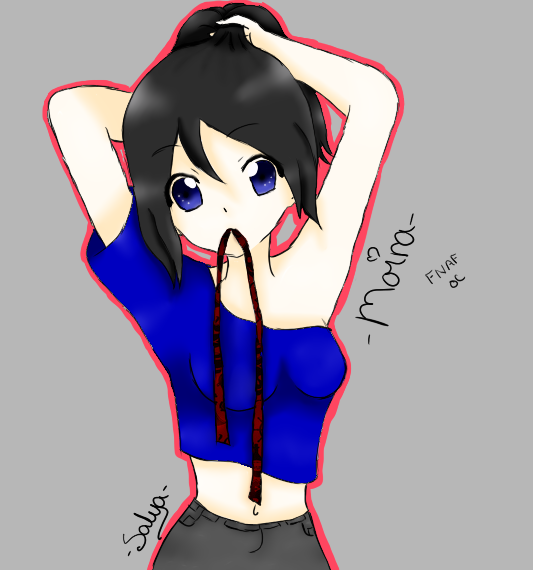 Moira putting up her hair... It's random but something new, right?

If you don't know, Moira is my oc for my Five Nights At Freddy's AU. She's a witch. Was close friends to 4 of the messing kids. Well The kid in Goldie was her friend too but he was more like a little shy brother. Out of the 5 kids, the one who became Foxy was the closes as he was Moria's pirate and she was his princess. Well after the kids' death, Moira began to HATE pirates but kept ever item he gave her, even though the items are pirate theme.

Yea... and that's why she's paired up with Foxy.
As for Nightmare Foxy, he's her foxy plushie that her magic made well.. Nightmare Foxy. He's in a way her 'pet'.
As for Mangle,....I don't know. PPL will bitch about it. So I'm not getting into it. >_>