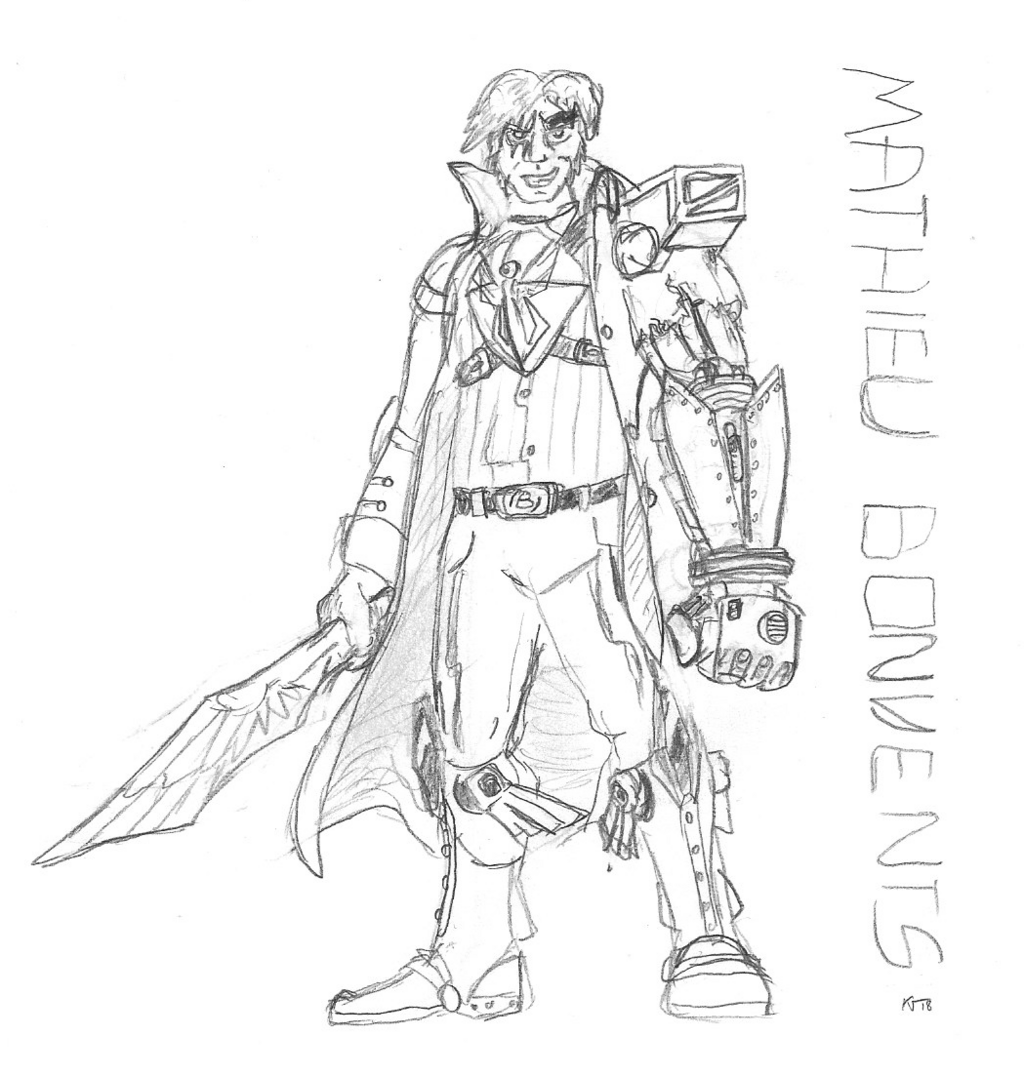 The daring captain of the Boundless Brigade, a band of pirates and rebels, Mathieu Bonvents was originally the Britannic Empire's top aer racer and flying ace, until a mission failure stripped him of his prestige and honor. Discovering the truth behind the failure of that mission left him horrified, and he defected openly from the Empire, which sought to hunt him down and silence him as far back as 1931.

Resurfacing after several brushes with death, Bonvents assembled a crew of the most passionate and skilled people he could muster, commandeered the Britannic command dreadnought Executor (renaming it Wayward Son), and stole the Prussian superweapon known as the Stosskannon (renaming it Lightning's Hand).

From this aership, he wages a battle against the forces of tyranny, oppression, and fear wherever across the globe they hide!