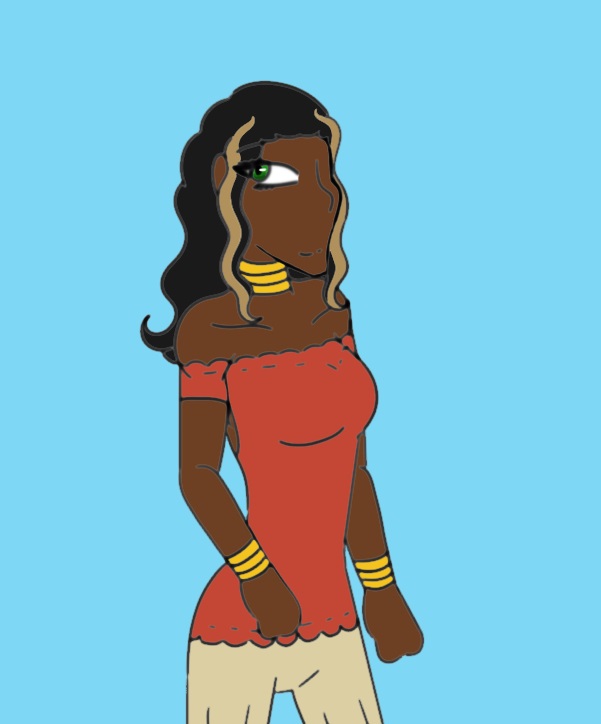 This character is mine, but the pictures of her used for the thumbnail and the reference itself are drawn by my friend, Creamecream.

Kumani is the daughter of Kovu and Kiara. She's very friendly and generally easygoing, if a little bit rowdy. In her natural state, she's actually a lioness, but like a lot of animal folk in Auradon, she can shapeshift into a human form. The latter is how she'll usually be seen whenever she's walking around Auradon Prep, but at home, or even sometimes in her dorm room when she's sleeping, she prefers being in her animal form.

She plays on Auradon Prep's Tourney team, the Auradon Fighting Knights. I don't know what position she plays, but she might be one of the Forwards? It doesn't really matter. It's an exciting sport and she has a lot of fun.

Her pronouns are she/her.

She's a lesbian and in a relationship with Creamecream's character, Gwyneira, the daughter of Elsa.