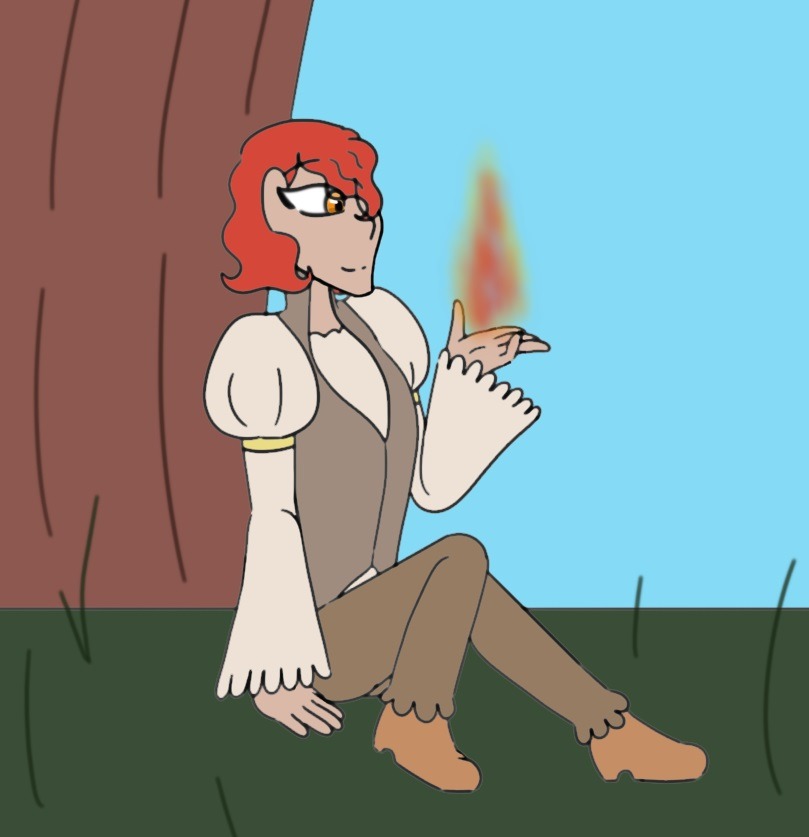 Asra's apprentice and the one that actually owns the shop that everyone is living in, inherited from their aunt after she passed away. Primrose is very caring and compassionate, but protective of the people they care about and threatening them is the quickest way to get on their bad side.

Their pronouns are they/them.

Although they are a talented magician in general, they have a natural affinity for fire magic.

They specifically follow Asra's upright route and are in a relationship with him, as well as Creamecream's apprentice, Rinina.