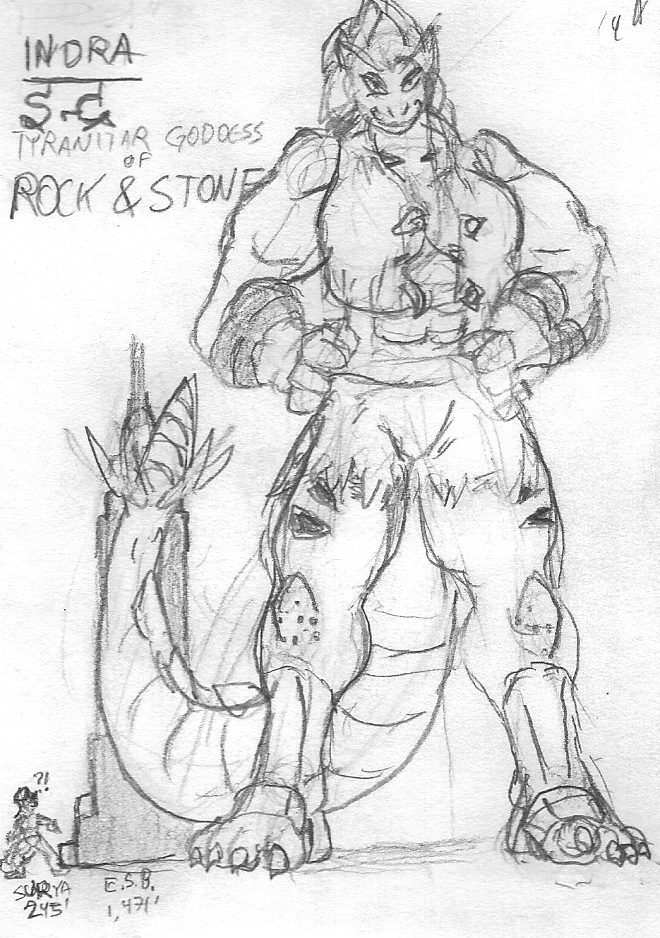 Less a villain and almost more a force of nature unto herself (much less the Beast Sisters), Indra is an absolute wall of woman, a tyranitar of immense proportions. Capable of blasting entire continents with sandstorms strong enough to light up even the dullest of raves, Indra craves power and works her ass off to get it. Almost as motivated as her opposite number Surya, her ruinous workout routine sunders whole worlds - not so much because she isn't careful, (which let's face it she's not) but primarily because she's a lithovore and she's heedless about what and who she eats.

She flexes on nerds. That lifted toe down there?
...
Yeah. That's where you belong. Forever.

Get down there, dork.

Against such an overwhelmingly confident and stalwart enemy, and when faced with the prospect of teaming up with the supremely devious and manipulative Despayre the Giratina goddess of the dead...
Are our heroes in a mountain of trouble?