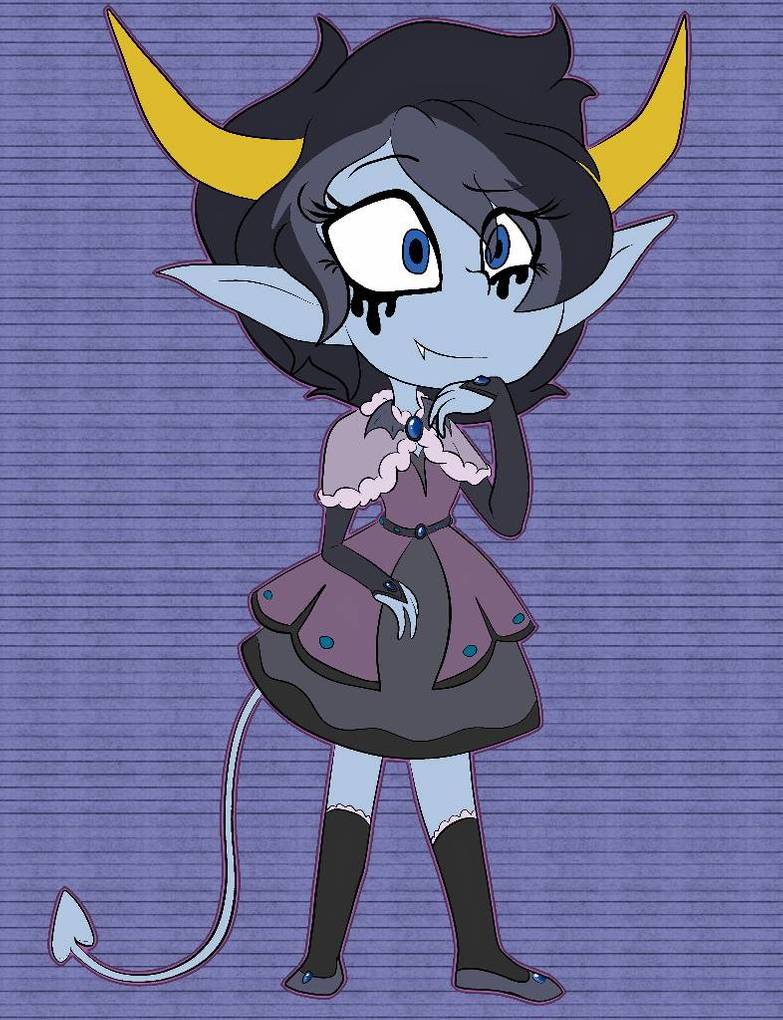 Nicknames: Lu, lu-lu, lizzylu
Personality: (at first) Sassy, sarcastic, (after getting to know you) caring. A tad possessive over her friends, (it's not THAT bad tho. )
exmp:
Lu: do we have to hang with her..?
Friend: what, I cant have other friends?
Lu: frowns y-yeah.. you can.. I just thought we could do something instead of with others..
(She easily adjusts)
Personally with friends: out going, sassy, show off, easy to offend/upset, not as much as tom was though.

Other info:
Luizzy comes from a wealthy demon family. Her parents, lord and lady vixian, had Their home bought and built by a private lava lagoon as a huge fancy mansion-like beach home by lava lake beach. Behind the beach house, is a lava lagoon type waterhole from the lake of fire and has a waterfall. Luizzy grew up swimming there, her body of course withstanding the lava due to her being demon.
She has fancy clothing she loves to buy with money she receives from her soap carving business.
Spending her time at home she carves little chibi items, things, or creatures people buy. Some even buy them, just to buy them since her family is really rich and shes well known.

Luizzy only has a few friends, and a crush on the prince of the underworld, Tom Lucitor. The two hang on occasion since she and her family get around in the kingdom. But she hides that she has feelings for him at first due to the fact that she wouldnt want to ruin a friendship if he found her pushy or odd.
She has a best friend she grew up with,who is a mewnian kitsune, named Mariko. Mariko is seen sometimes, chilling with luizzy.
Mariko is heavily possessive over luizzy, and luizzy is very over protective and will defend and stand up for her pals.