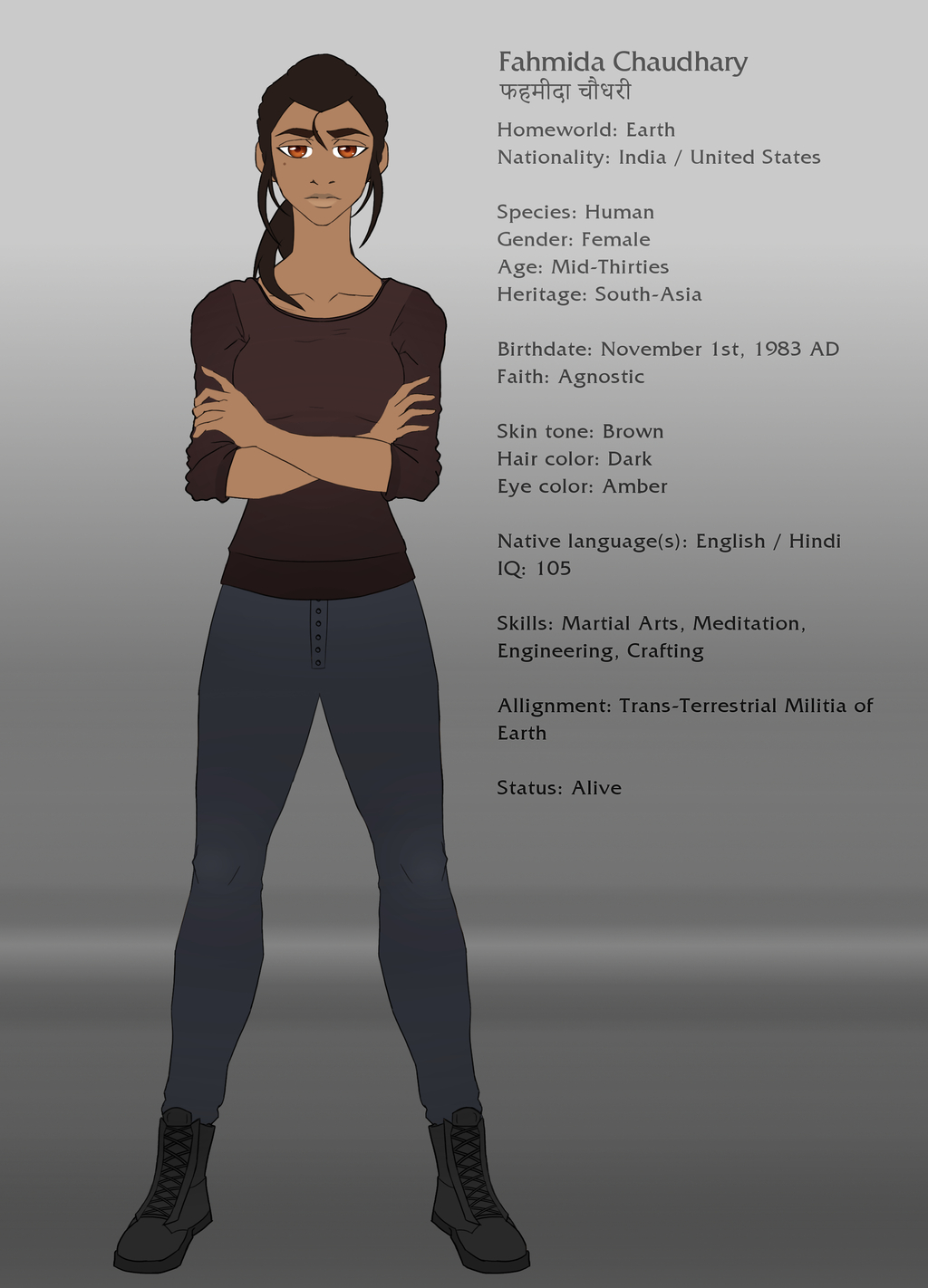 Fahmida Chaudhary is a human female from the world of Earth. Born in the early 1980's, she is now within her mid 30's in terms of age range. She was originally born in India, though she was raised most of her life in the United States. She speaks both the languages of English and Hindi.

She is exceedingly skilled in martial arts, and uses meditation as a means to sharpen her mind. She is also well founded in the field of engineering. And in desperate situations is knowledgeable and resourceful enough when crafting supplies necessary for her survival.

She has a fiery and strong-willed personality, and is usually very serious when in a militaristic setting. However, she is also selfless in her motives, and has a great deal of compassion for those who are vulnerable. She is also very protective around younger people, especially if they've been victimized.

Fahmida is alligned with Earth's Trans-Terrestrial-Militia, a military division based on collaborating with militia's from other worlds, namely that of Xaidu'tu. She has a great deal of respect for people from other worlds.

Rumor has it that pieces of classified information about her had been leaked. According to the small bits of said information, in the eyes of some other unmentioned world, she was branded as “war criminal” in the year 1999, for reasons which are redacted and inaccessible.