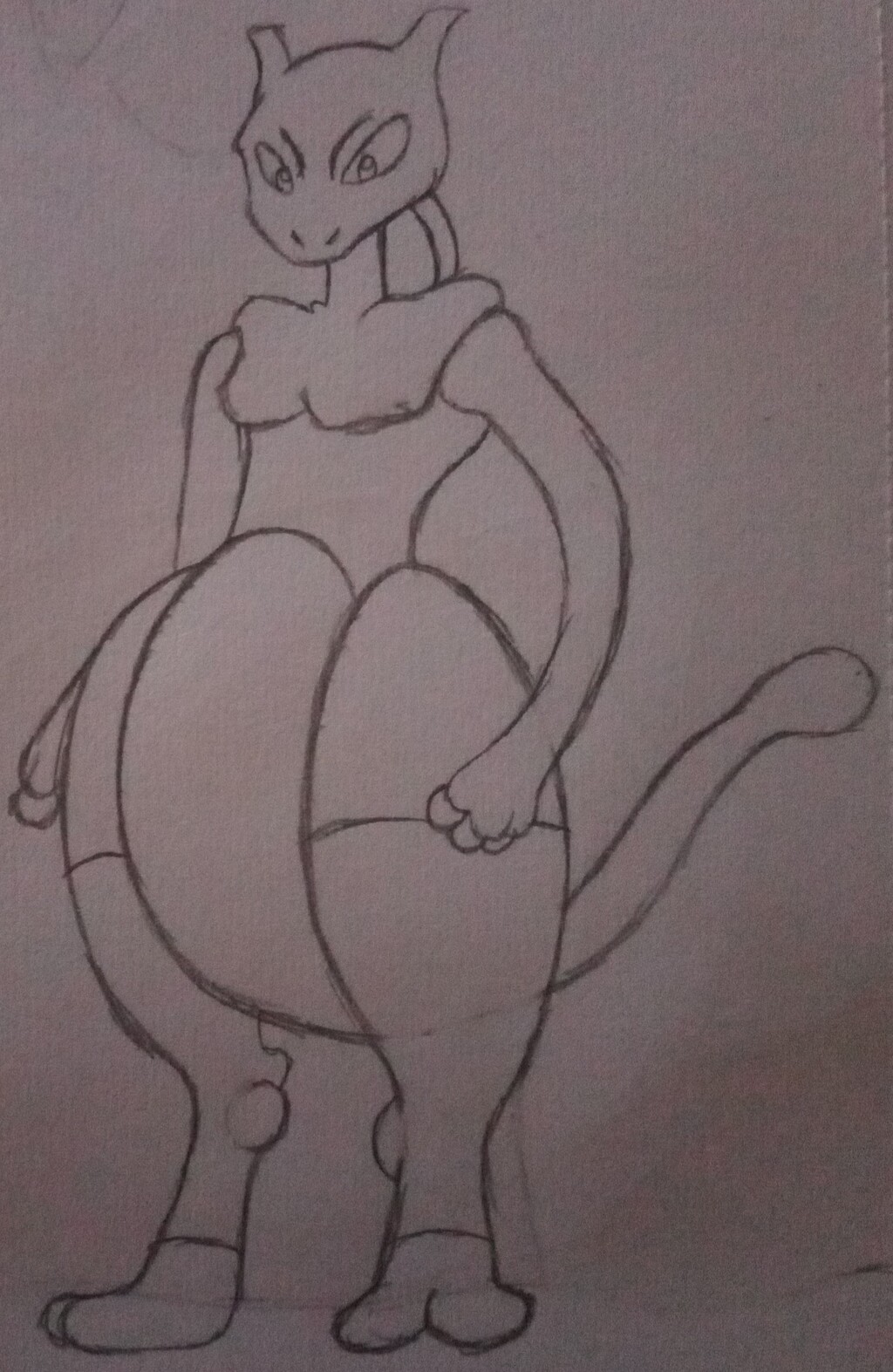 This is my Pokesona named "Copycat" (and yes, I know it's not a good name but hear his backstory for more info), his back story is pretty simple and a little complex. After the first mewtwo projected failed on Cinnabar Island and after the island exploded, most of the researchers left and never came back.

But after Team Rocket decided to work with Team Galactic and Team Plasma, they worked together to make a copy of Mewtwo. Under the three project names which were "Gamma", "Copycat", and "MEWTHREE" which was in order just because if the International Police caught wind of it, it would be shutdown pretty fast. so the project name "MEWTHREE" was used by the teams' scientists, "Copycat" was used by the grunts and outside workers, and "Gamma" was used just so they wouldn't get caught.

By the end of project MEWTHREE's completion, they realized that though they had used DNA from Mew, Mewtwo, Mega Mewtwo X, and Mega Mewtwo Y, they had apparently made another Mewtwo. But what they didn't realize is that it had the strength of Mega Mewtwo X and the speed of Mega Mewtwo Y, which made it have a unique trait of using mega stats without needing mega stones! It would later just be named "Copycat" as it did not lead to any new discoveries of Mewthree or any new potential...

After Copycat was sent to Alola to be researched their by Team Skull via a Team Plasma's Genesect named Scyllias (my genesect oc), but he escaped and later met up with someone and became friends.

Copycat is owned by RocklitMouseAlt (me)