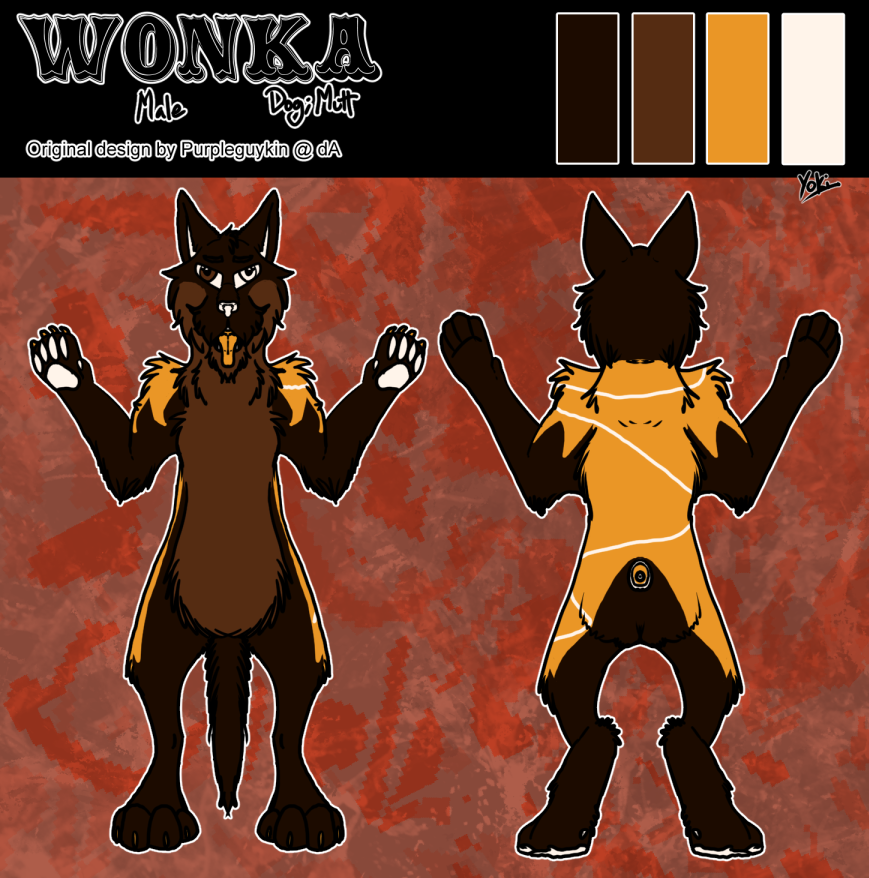 Known for his flirtatious manner and how often he gets around. He owns a small club at the edge of a beach town in hawaii. The club is known for it's loose canines and loose morals. Almost like that of a mafia with Wonka at the helm. Wonka holds respect highly often surrounding himself with others that will play into his paws.

Wonka cares deeply for his "family" and won't let disrespect go lightly. He is quick to kick out any mutt that dare harm or harass his staff. Some have been said to of vanished after altercations at the club.