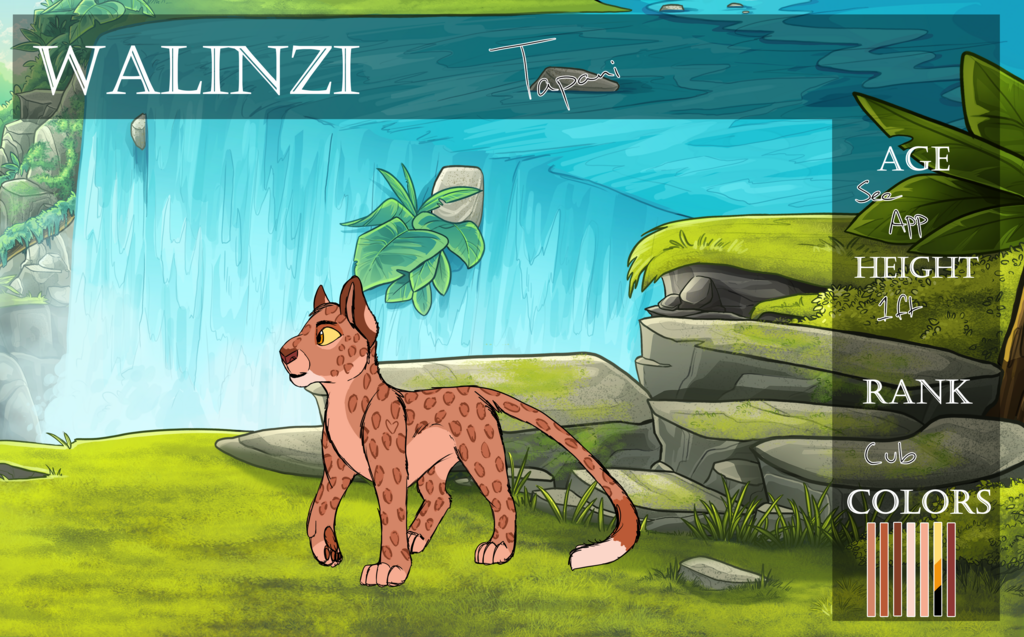 The Youngest of four, he was the runt of the litter. His breathing was weak and shallow specifically in the cubs sleep. Things looked grim. However the cub survived, thrived even. Earning the name Tapani meaning Victorious, as he was the victor of his own battles.

Extraneous activity can still take a heavy toll on Tapani's breathing. Often causing the leopard to have to rest and relax. His condition is similar to that of severe asthma. However Tapani tries not to let the condition define him.

For the RP Group
https://www.deviantart.com/vita-impilo