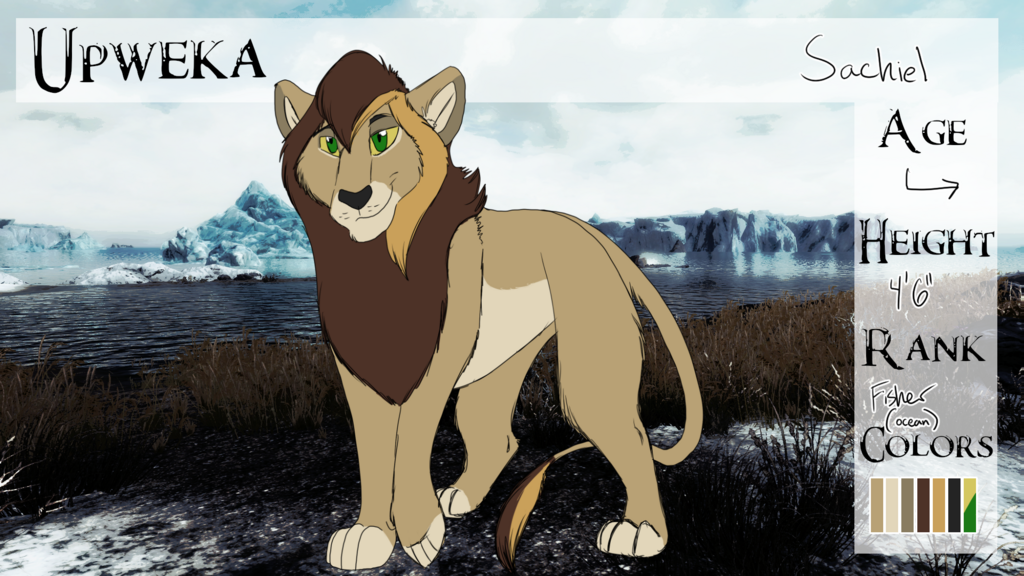 He was born to a long line of fishers, the son of a stubborn old widow, her husband declared lost at sea. She waited for her husband to return, but as time went on it seemed more and more likely that he would never return. So in keeping his memory alive, she named their only son after him. After all, he looked so much like his father.

Sachiel was kept close to his mother, she didn’t trust anyone but herself to teach him their line of work nor their faith. She took him with her often to fish from the sea. During these trips she would teach him about the nine divines. Sachiel took his teaching to heart and truly believes they kept him alive during his rite of adulthood. He was lucky to return though hungry and bruised. Things were simple then but soon their worlds would change.

As king Msana allowed lions of Oorun Ijoba to push their beliefs upon their people, Sachiel’s mother became very vocal against them. Her faith unwavering she stood up to them time and time again. Finally she had pushed to far and was killed before her son.

Sachiel was horrified. Held back he was unable to stop them.

Sachiel never forgave the lions of Oorun Ijoba. He blamed them and king Msana for the death of his mother.

For the RP Group
https://www.deviantart.com/vita-impilo