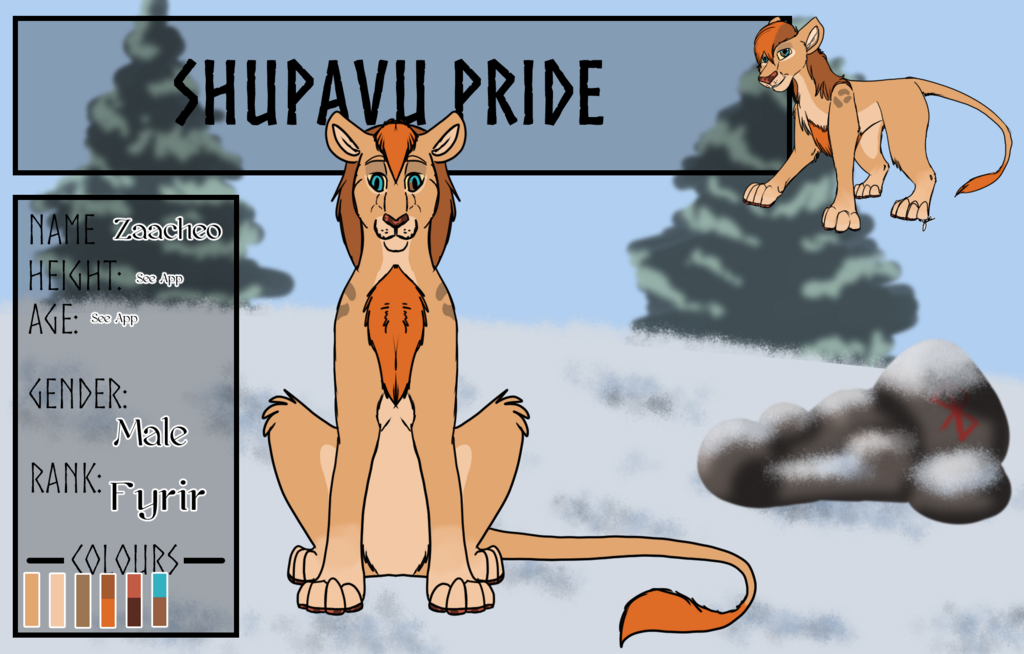 A lot of Zaccheo's cub hood was spent moving from one place to another. Never feeling like he could settle in and feel like he belonged. He had no friends to really make and his father would be constantly paranoid and on edge. Though when his father did have time for him Zaccheo was given the utmost care and attention his father could give. He loved and admired his father dearly.

However his father had very real reasons to worry.

Lions from his fathers former pride came looking for Jakhi finding out about Zaccheo in the process. Desperately his father told Zaccheo to run and never look back. Jakhi fought hard but was bested by the three males. Zaccheo could not help but look back only to see his father torn apart by the males.

He arrived into the heart of the reserve finding the Shupavu pride. He plead his case to the royal family and begged for Refuge. Since he was young and just reached his first year the lion was brought into the pride with out much argument and allowed to stay.

Zaccheo made a few new friends in the surrounding prides. Patch seemed to stick out the most in the young males mind. He's fairly fond of the Jioni lion. So when shupavu caught fire he was devastated that they all had to up and move. Reluctantly he went but was lucky enough to reunite with patch when and odd feline run circus set up on old Shupavu land.

Zaccheo, though shy, is an entertainer and creative at heart. He loves music with a passion and can often be seen practicing when ever the opportunity allows.

For the RP Group
https://www.deviantart.com/roho-mwitu