Void Walker by Jin the Thicchimera 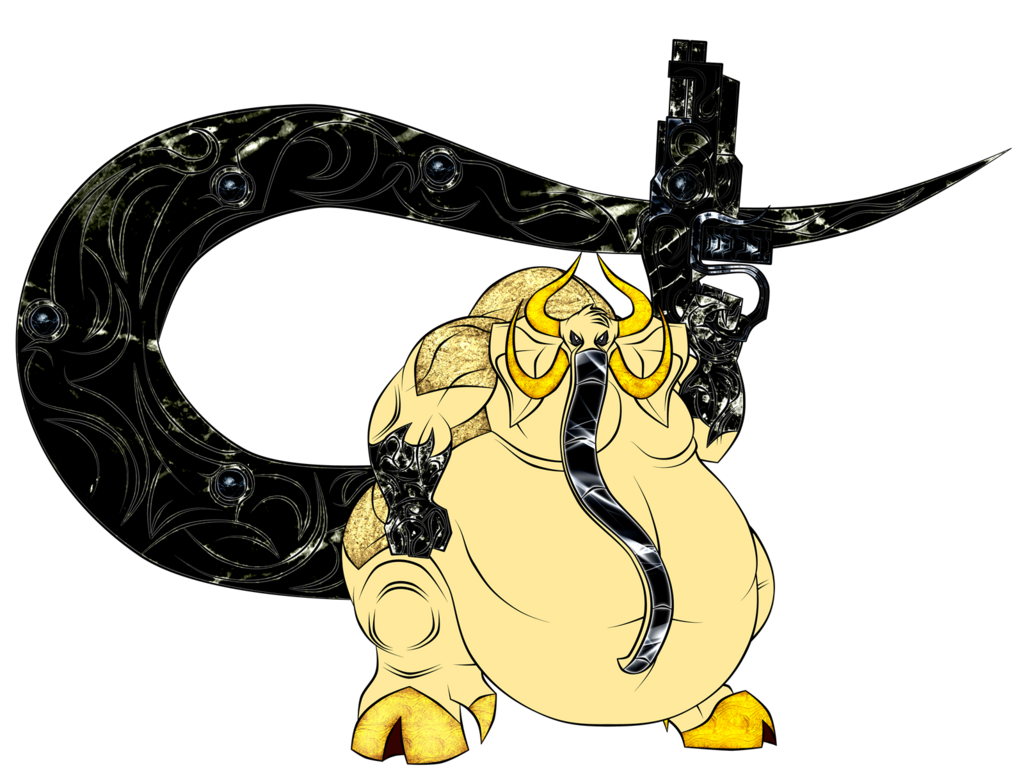 "In all my attempts and efforts, what I sought was a closer look into this world, past the material physical surroundings where we are chained at forever, our naked eyes and mortal bodies all too familiar with. A step over the threshold, to try to make sense of the mystical force that lives among and within us all. I found it there…
... And in that moment, when its descent passed the gate and became my ascension beyond this world, I became the chosen. In my pursuit of personal reputation, my cause was presented before it, and in so doing, its pathway was made, and its purpose was made clear."

Void Walker is a cosmic/eldritch deity that was created at the time of the Big Bang, the birth of all universe. For all of eternity, it remained dormant near the supermassive black hole at the center of Milky Way, unknown to the rest of the world just as it knew nothing of the world around. That is, until it sensed Jin’s presence among the cosmos, and came to “see” him, while he was on his journey to the sun to collect plasma for his forge. In its own sense, it was “curious” to see him there, and spoke to him by telepathy. Learning of his motive and plan, it offered him its protection along the way, if he agreed to be its host. Jin was uncomfortable at the mere sight of the massive creature and scared of what it might do to him, but at the same time somewhat fascinated at it. He reluctantly agreed.
During the journey, it learned more about Jin and felt that there’s now context, meaning and purpose to its existence. It also came to understand and support his reason and motive.
When they returned, Jin realized that he was fascinated at the thought and sensation of being the creature's host, but at the same time worried if he was still himself or under its influence. It picked up on his thoughts and became mixed with confusion, not sure if it could stay or should leave him ; then it separated from him and asked him if he felt any difference before and after, to which he only said that he couldn’t tell. In the end however, he accepted the symbiote and agreed to be its host, under several conditions…

In return, as a thank for Jin’s acceptance, and a sign of its goodwill and gratitude for letting it come to the world, the symbiote granted him its power. After Jin finished his magic-made-manifest weapons, it seemingly picked up on his ideas and experience, and offered him nearly all (99%) of its own mass and energy, to be made as weapons as well. Jin named it Void Walker.
As it permanently merged itself into Jin’s body, it fused all of his muscles and organs into its own mass, save for his heart, brain and lungs. Because of this, Jin’s blood is pitch-black, but his muscles inside (mostly seen from his tongue when he speaks) have a dark blue color. It also implanted numerous microscopic "glands" all over his body (similar to sweat glands), where there isn't fur, so it could come out or in wherever and whenever needed.
Additionally, when Jin calls upon its power, the sclera of his eyes change from ivory-yellow to dark gray, and his iris from golden-yellow to pale gray, showing that Void Walker is seeing through him. His voice will also have a bit of growling sounds in between, as Void Walker speaks through him too.