Jin by Jin the Thicchimera 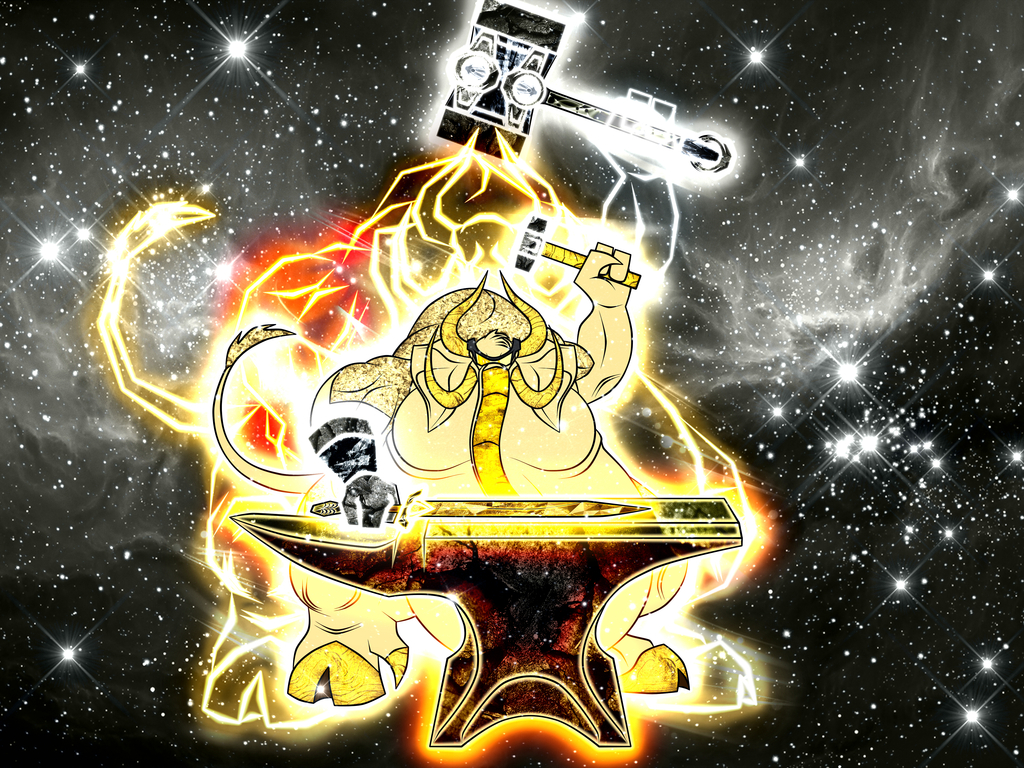 "Once again, the fire arises and the forge is reborn at the center of the cosmic constellation. Iron and steel becomes one with the heat, and great clashes echo in significance of the coming creations. From within, magic comes alive and joins force with the material world, with metal bent to the unrelenting rhythm of a beating hammer."

Jin is a blacksmith/enchanter with unmatched pride, passion and dedication (though sometimes a bit of obsession as well) for his career. For as long as he could remember, he has always been fascinated in the art of craftsmanship, and dreamed of becoming a legendary blacksmith, with his own reputation. He picked up enchanting as well, to improve the quality of his crafts. However, he always received mixed reviews and remarks. More often than not, he managed to somewhat impress his potential customers, but still lost them to other manufacturers in the end. Every now and then he would offer to make weapons for free, but his clients did not keep in contact with him for long after receiving the final products.
Jin decided to step up his game with the addition of weapons made out of pure magic energy, something he believed was never seen before. He succeeded in making his signature weapons, out of the raw energy of his own power, after countless trials and errors, but it was also when the lava of his forge finally died off. Jin planned to rebuild and upgrade it : magma of the earth core and the plasma of the sun, as the heat. In addition, he would have the frost moonlight to cool down the weapons and the electrical starlight to start the power inside them. However, his journey took an unexpecting turn.
At some point later on, during his sleep, he had a dream of his mother being in danger. Using his new and improved arsenal of weapons, as well as his "newfound power”, he went to the underworld to find and save her spirit. While his mission was successful, he was never the same again, and neither was his life… for better, or for worse.

"The entirety of metal flows deep into these carvings and through. The forge feeds itself upon physical materials and pure magic force that shapes this world. It has merely touched a spark of arcane energy, but it's now enough to break the barrier in between. Now, like me, it shall begin to understand all things as they truly are, in its own way."