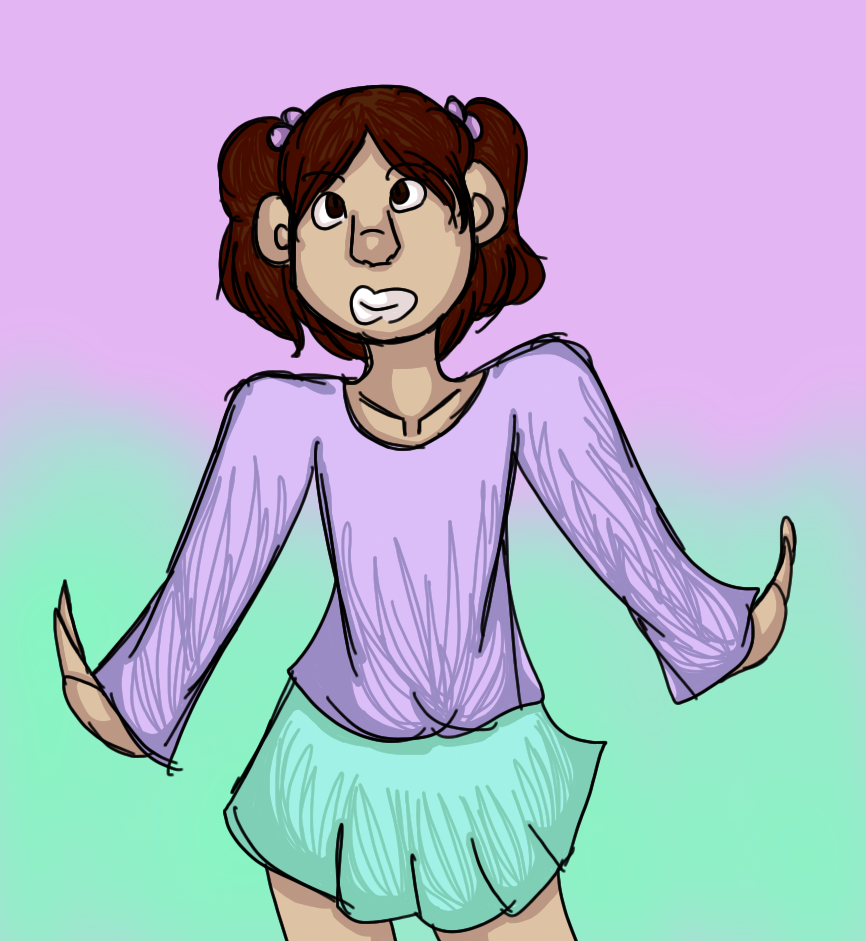 Details: Gabriela was born to undocumented factory worker from Nicaragua Eduardo Montoya (b. 1983) and former YouChannell occupant Amy Wilson (b. 1986). Gabriela doesn't really know her father (since he had been deported some time before her birth), so she mainly hangs out with her mother, her grandparents Peter (b. 1962) and Terry (b. 1965), her aunt Shelby (b. 1991), and her big brother Mason (b. 2006). Her other aunt Riley (b. 1995) currently lives in the YouChannell Group Home.

Gabriela likes her family, playing, and meeting new people. She doesn't like getting yelled at or when her mother gets angry.

At first glance, Gabriela seems to be a bit shy and sweet, but once you get to know her, she could be the biggest social butterfly in the whole world. She could also be a bit bossy and demanding.