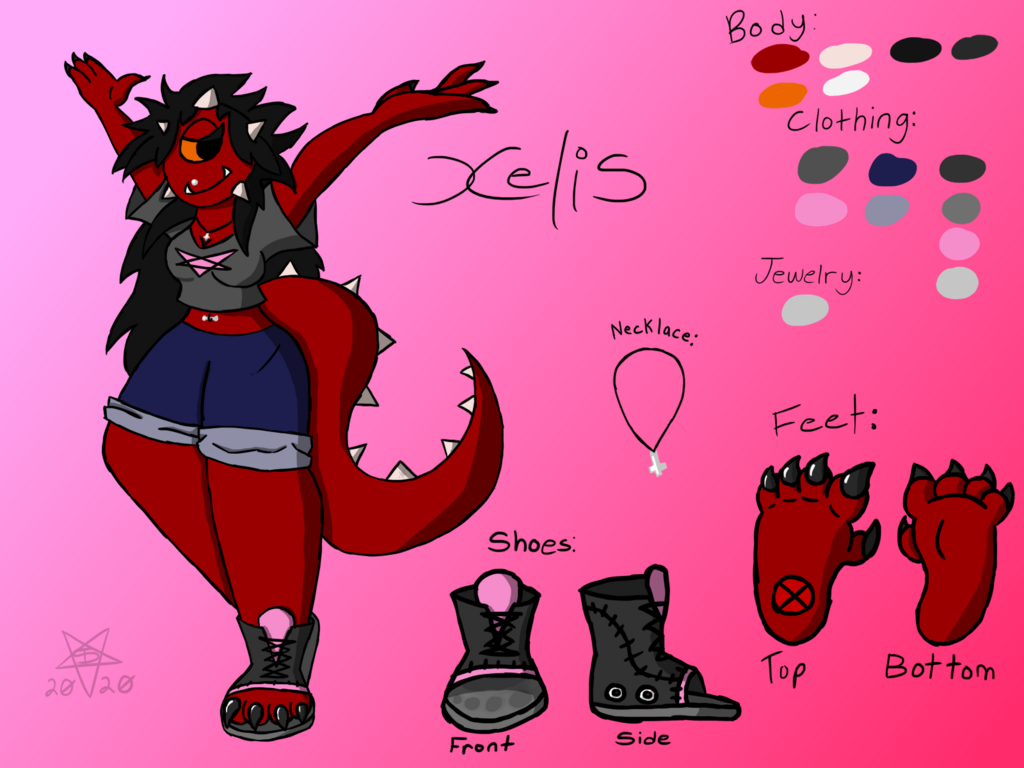 For a demon, Xelis is actually a very kind person; she doesn't like being a jerk or frightening like most of the others. However, to fit in with demon society, she often acts tough and rude in public, but while in a private setting she gets to be who she really is.
Xelis is girlfriends with Alhexandra, who is one of the few demon that can appreciate Xelis' true, kind, gentle nature.
Hellther is a childhood friend of Xelis, though she may pick on Xelis a bit, because of her kindness, Hell is really just doing it for a kick.

Here we are again, after another lull in posting I managed to put something up. I apologize if it's not what you were expecting, especially after the last image, but I wanted to get individual character artwork up. But don't worry, I got some ideas I'm cooking up in the ol' noggin that will be more like the previous.

A second apology for everyone: this sheet is very cluttered and poorly organized, because I have little to no skill when it comes layout design and the like. This being one of the only reference sheets I've ever made doesn't help much either.
Also, I'm not very good when it comes to storytelling, so there's a third apology for you, if you don't like the little backstory I wrote up. Writing has never been my thing, you see, so I hardly write which in turn leads to no skills in writing a good story.

I'll shut up now, because this is going on for too long and no one wants to sit and listen to me rant about my lack of skill.