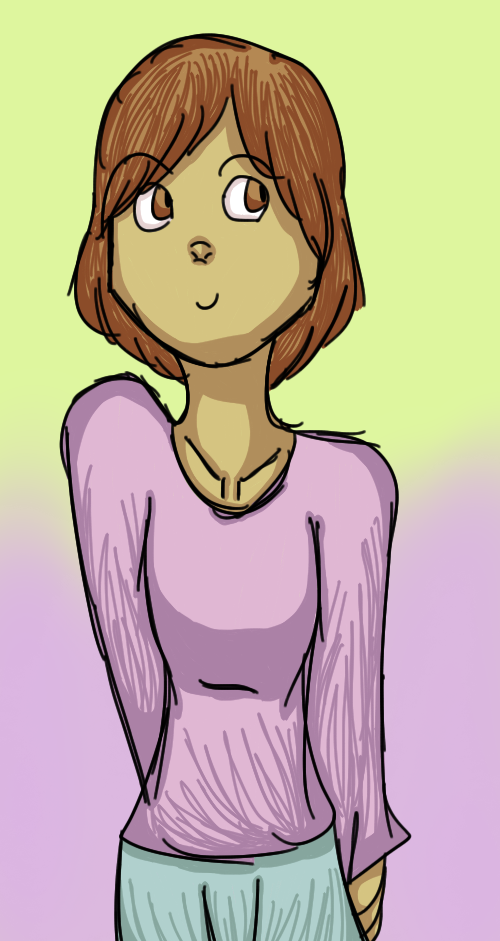 Details: Mayu was born to office worker Takayuki (b. 1937) and stay-at-home mother Hitomi (b. 1936) Fujita, the fifth of six children. She had a normal childhood, all things considered, until she graduated high school in 1986. That was when she showed a great interest in computers and other modern technology. Her parents were not that supportive of Mayu's dreams, so she moved to the United States and went to college at Portland State University as an exchange student. That was where she met the love of her life- Naoto Kuroi (b. 1964), another Japanese exchange student who was deeply interested in computers and other modern technology. They graduated university together with their bachelor's degrees and ended up marrying in April of 1992. Mayu and Naoto have three daughters- Kelly (b. 1994), Shiori "Shibi" (b. 2000), and Bunko "Bitty" (b. 2008).

Mayu likes computers, computer science, her friends and her family. She doesn't like mean people or not understanding things.

Mayu is a sweet and smart young woman who is firm, yet loving with not just her children, but her friends and husband as well. She is also a programmer who is able to work at home, which means that she's always there when her children have any problems. She's deadly brilliant about solving problems and ending conflicts.