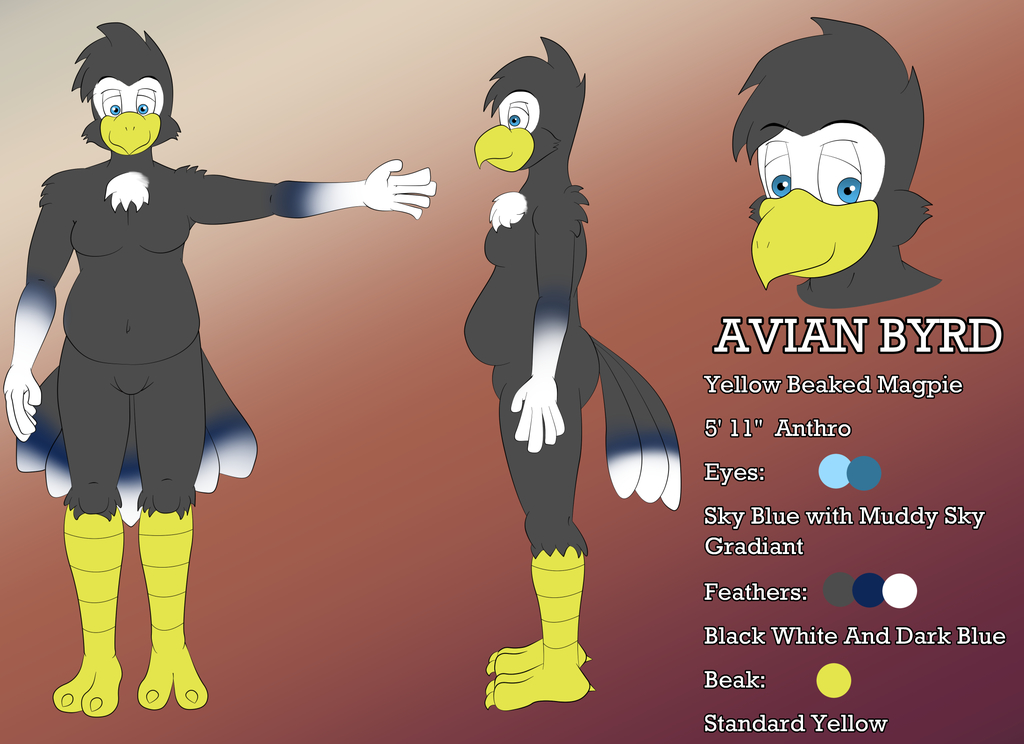 This has been a LONG time coming. My OC has been a bird for the past 15 years but it was always going through small growing changes. It's why I've relied on original art as my character reference rather than making an actual character sheet. When my character started, he was a Raven, but I then had a lot of people tell me that ravens do not have yellow or orange beaks (Damn you WB cartoons for lying to me). After that I just started claiming that he was part Penguin which accounted for the yellow in his talons and beak. I started calling myself a Ravguin but it just never really stuck with me.

From there I've been almost every single style: Cartoon, ink blob, stylized, sonic style, ect. I eventually figured out about a decade ago though that I am a magpie because I do fit the traits. I'm like one of those American Idol contestants who go on thinking they can sing and then being told I can't, plus I really enjoy coffee. My other interests include:
Coffee
VIdeo Games
Obscure Video Game Humor
Cartoons (My current favorite is Mao Mao, We Bare Bears, The Dragon Prince)
Drawing and cartooning (I don't really consider myself an artist, I just like to draw funny things for others and myself).

Details to keep in mind. I have talon feet with two toes and a large heel for grabbing branches. I have large hands that kind of look like wing hands. My beak is cartoon like and has the ability to stretch and change shape (plus show teeth occasionally). I am also comfortable with my body, I don't like depicting myself as a Calvin Kline model, but I am working on losing weight too. Perhaps one day when I lose the weight I'll redraw my profile picture. This is me in a nut shell but I'll be posting an adult version soon too.