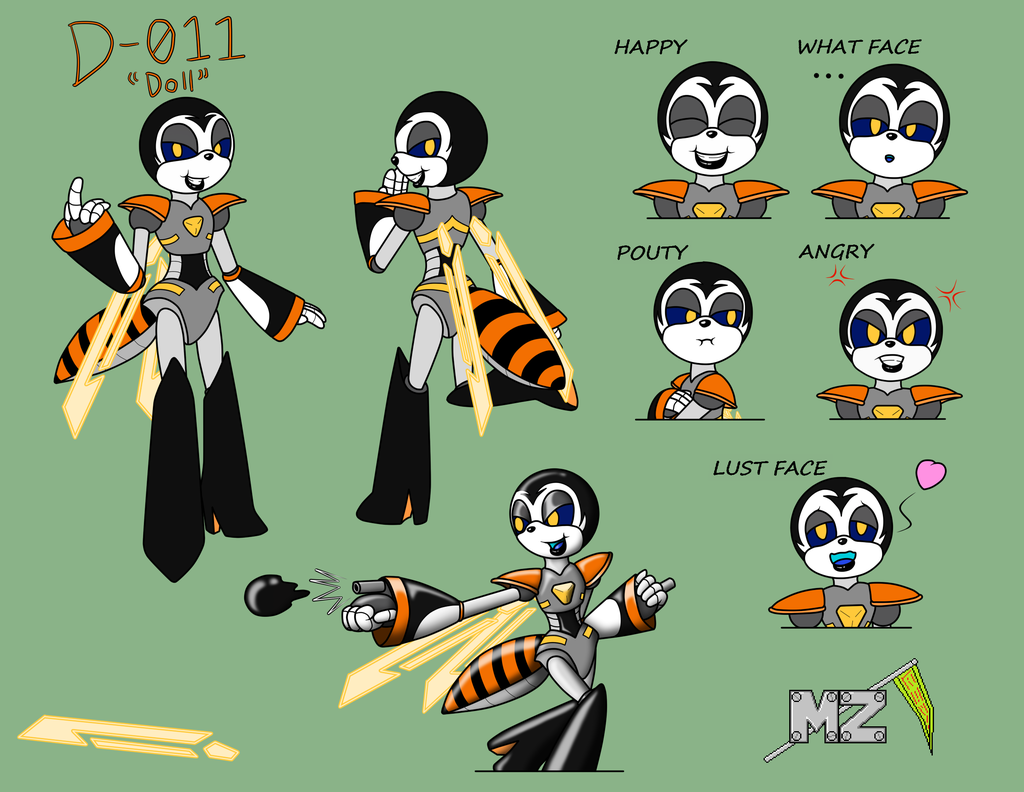 Other info to Bio
Nickname: Beebee Boi
Date of birth: ??????????
Birthplace: A Abandon Lap
Alignment: Chaotic Neutral
Likes: Relaxing and his work of being a Bounty Hunter for both Villains or Heroes.
Dislikes: Being called a Bee, killing, his own creator abandoning him and having his body damaged.
Powers: Can take over a Blank or weak mind Robot, can shoot latex shot at targets to slowly encase them, and flight.

story: Being a failed experiment of a unknown scientists of who was trying to create a Liquid nanite gel and then abandon when the scientists. After a few days he escaped the lab's containment to find the whole complex was abandon. After wandering around he found the Robotics department and found a few blank D-model robot and decided to use his slime body to over take and encases to give him self a popper body. After later he mixed his slime body with liquid latex for a shine making a Wasp theme body armor for over top of that. Then using the number on the first D model robot he name him self Doll.
After this he set out into the world to become a Bounty Hunter for both villains and heroes.

chaoscroc), a type of latex fetish mask I saw when looking up ideas awhile back, and the style of Angle Dust boot style from Hazbin Hotel. Originally his color was a hot purple but then my brother pointed out to me he would look too much like Metaton from Undertale so I changed it to orange and like it to decided to make him a Wasp.

And that's how I thought up doll.

Art and Doll by

Metalzaki
And Thanks to those artist who gave me inspiration.