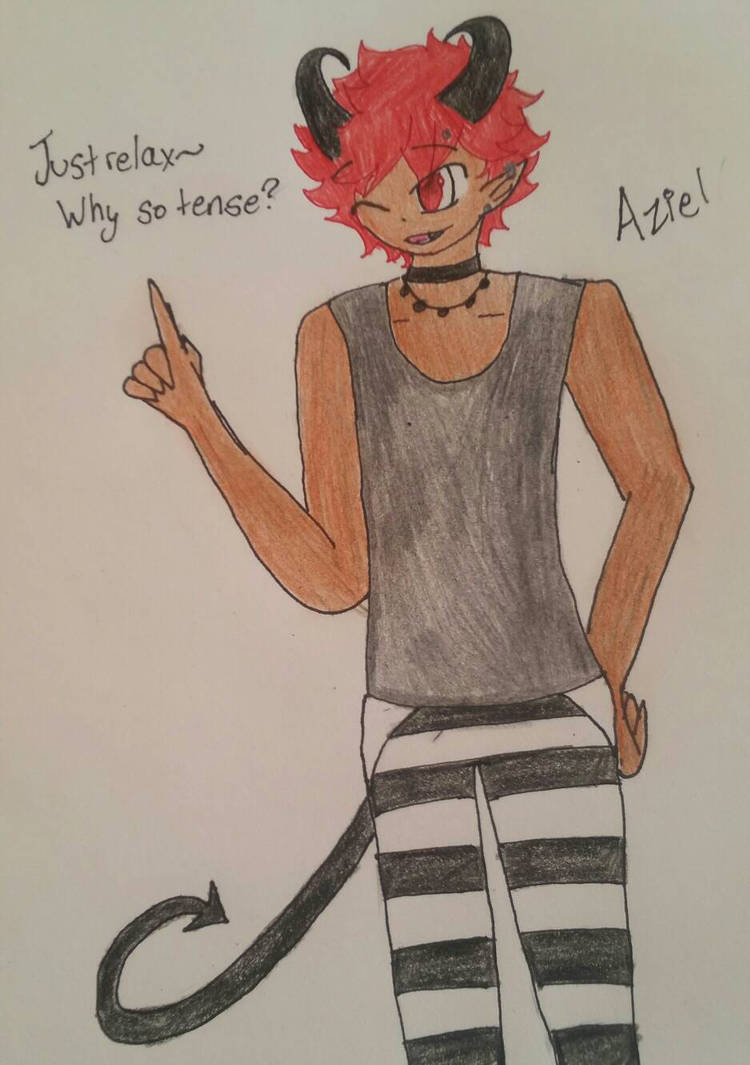 One of my favourite, Demon boys! Aziel is a very flirty, playful and teasing Demon that likes to cause some trouble. He doesn't really use peoples names, he uses either a pet name or a nickname he personally gave them to address them.
Aside from his teasing nature, he has a good heart and is a good friend to those he likes.
However, he can't stand an Angel named Luke. Now, he doesn't outright attack Luke, Aziel prefers to tease and mock Luke to get a rise out of him.
His older brother is named Faris, though Aziel is often complaining that Faris is too clingy to him, he does love his brother, despite complaining, all the time about him.

Aziel has the ability to make shadow like arms to grab people/things, as well as eyes and mouths that he uses to watch, tease and attack others. Although he doesn't so much use them to hurt people, he uses them to play pranks or scare his friends.