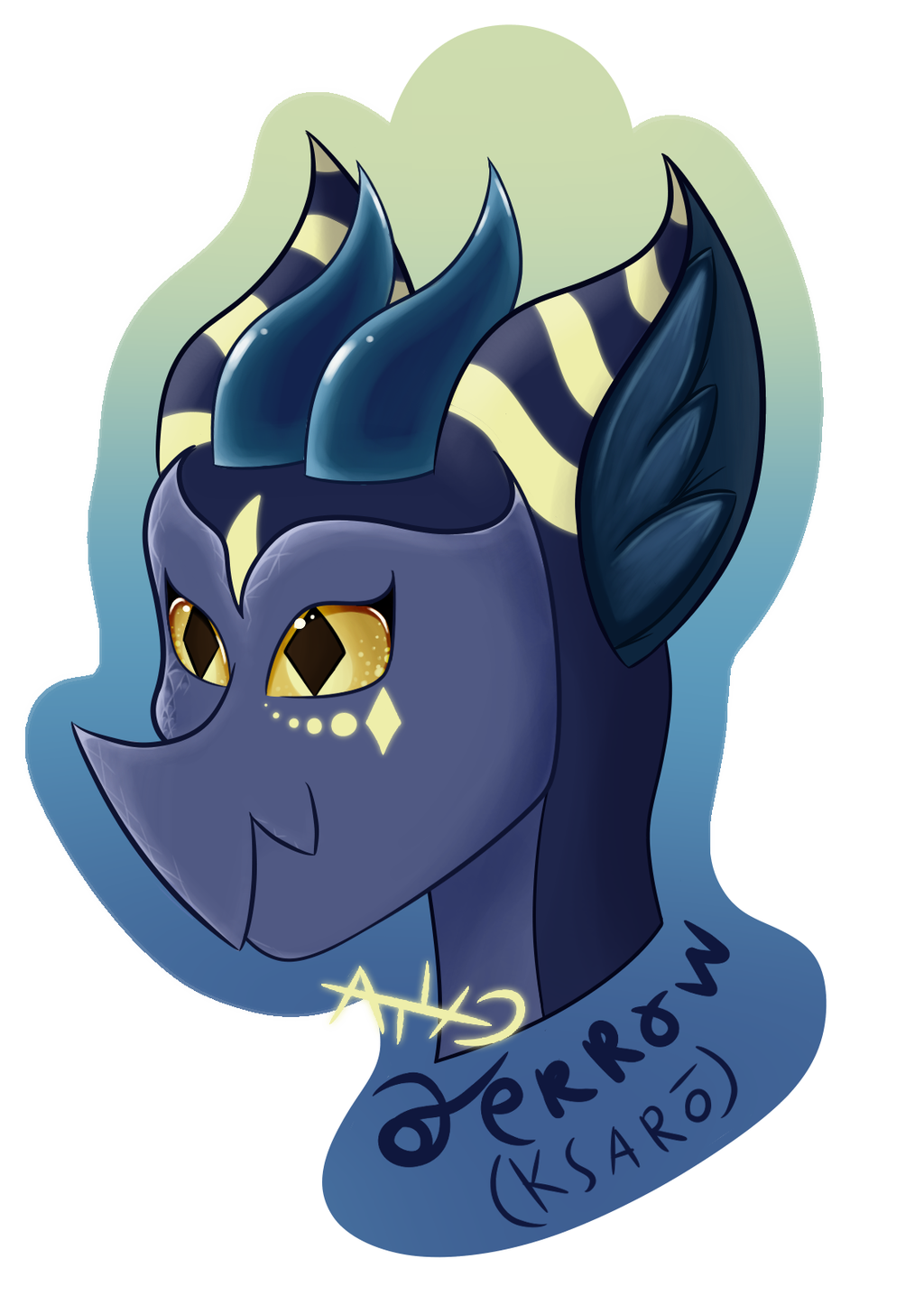 "There is nothing left of this place. All that remains is my kingdom in the dark." -Xerrow

Xerrow is a guardian statue that was built by a long forgotten race of merfolk and given life through Anxo’s mark and the love of a mermaid child. He was designed in August of 2017.

Xerrow originated from a statue built centuries ago in a parallel version of Earth. In this world, the dominant species was not humans but merfolk, who ruled a planet dominated by water. Though technologically advanced, the merfolk’s world was still steeped in culture. One merfolk tradition included young children imagining a guardian creature, then working with artist mentors to bring these creatures to life as statues. The complete statue would then be delivered to an area of reef or kelp forest to serve as its guardian, acting as a beacon of new life and preventing Merrill development in that area as long as the statue stands. Xerrow was the product of one such tradition, but instead of delivering him to such places of conventional beauty, the mermaid responsible for Xerrow delivered him to the ocean’s hadal zones in order to diffuse a plan to use the deep sea floor as a way to dispose of the merfolks’ waste. When merfolk society collapsed, Xerrow’s ocean depth preserved it alone, allowing it to be possessed by Anxo’s mark and come to life.

Despite spending centuries as a statue, Xerrow has memories dating back to his creation. He attempted to ascend back through the abyssal plane and back to the world of the merfolk, only to find it completely ruined. With all other guardians destroyed and almost all life wiped out, Xerrow is attempting to restore life to the planet’s oceans and fulfill its role as a guardian.

During his time in the abyss, Xerrow was attached to by Anxo’s mark, which he bears on his tail. The mark is the source of Xerrow’s sentience, and he is in a way a direct counterpart to Anxo.