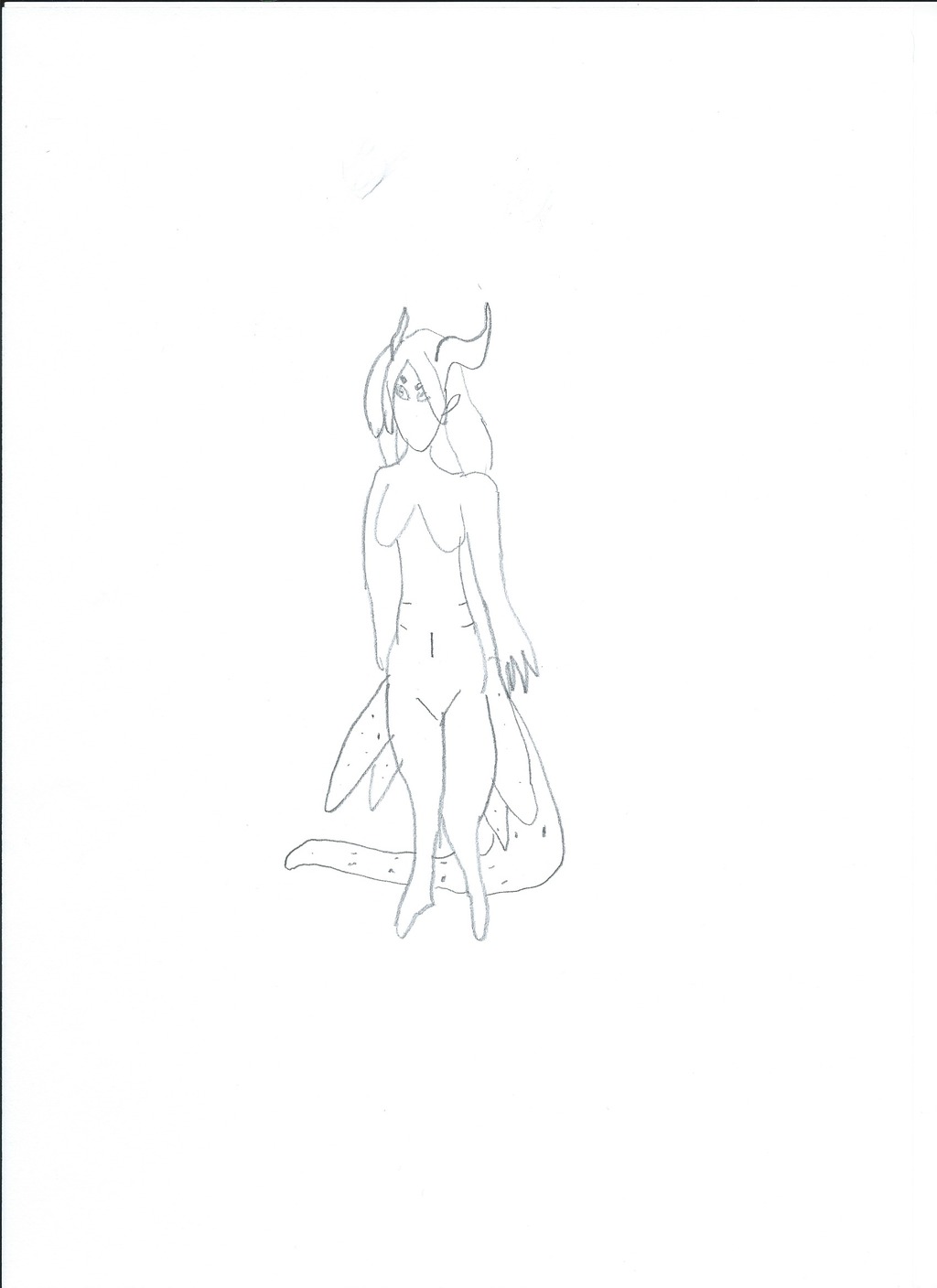 I had to try, I need to work more and maybe I should get a proper ref.

There are no land masses on the surface of the planet, instead the celestial body is covered in a water-like liquid that isn’t very dense at all, and is almost as thin as air.
From the sky, the ocean below looks as if it’s glowing, and that is thanks to the natural wildlife.

Below the surface are billions of bio-luminescent flora and fauna calling this planet its home, this is also including the Cephalopoid race.
Cephalopoids, as the name suggests “Cephalopod” is the ancestors of Cephalopods found on earth.

The Cephalopoids race, long ago had visited earth during their colonization as well as study of different planetary environments; in which some of the micro organisms whom were thriving inside their body at the time, ended up taking root into earth’s seas. Over billions of years, the microorganisms evolved into the common Cephalopods found on earth today.

The Cephalopoid race are hyper intelligent, an despite them living under their planet’s surface, have managed to build super cities, ships and technology that humans have never seen before.
They harness power, create efficient fuel and more, just from the gasses released from the planet's undersea vents, alone. Being an extremely curious and social race, they also travel the galaxies learning about other planetary cultures and societies, often bringing some of that back to their home world.

They know many, many languages which include, but not limited to, all common languages on earth and other milky way planets.
Cephalopoids are a very docile race but get extremely aggressive when their home is threatened. They have one of the largest military structures in their galaxy, which even branches out to different, vacant planets.

Keep in mind, These are aliens and do not come from the same galaxy as earth. Things you will read are completely fiction and created by me.

The race itself has a very distinctive look, they are bi-pedal with long slender bodies, the skin is very soft and is often white, dark or translucent; however the body of a ‘poid is covered in billions of color-changing chromatophores that enable it to change it’s colors and patterns at will.

They boast long, elegant octopus-like tentacles in the form of “tails”, and are often lined with beautiful horizontal “flaps” much like what a seaslug on earth.
Connected to their arms are huge tissue membranes that resemble much like manta ray fins, which trail to the lower hip area and aids in keeping body temperatures regulated.
These tissue membranes or “Manta wings” are full of blood vessels, which help to diffuse heat that their body produces.

‘Poids have a unique body structure; they do not have bone and instead have dense cartilage-like material throughout the body.
They do not have any cartilage in the tail-area, as the tentacles are pure muscle.

Cephalopoids, have two stomach-like organs inside the body, however they do not eat or digest nutrients like humans do and thus, no acids are produced.
When a food source is consumed, it is broken down by the use of internal villi-like muscles, and non-acidic mucus.
Once the food has been processed, another internal organ stores the nutrients and later sends the vitamin rich liquid throughout the body via the circulatory system which is used to fuel muscles, aid in cell-reproduction/repair, and generally maintaining the body.

They do not have intestines, or a colon. When the body needs to rid of waste, is secreted by small glands in the form of “sweat”. The liquid waste is odorless and colorless but it is NOT recommended for consumption. They are also unable to support or gain fat, as their digestive system differs vastly and their muscles do not have the need to consume fat to function either, thus their digestive system does not breakdown fats and instead gets rid of it like waste.

The race has four brains which, are segmented through a large system that runs the whole length of their body, and has a similar situation with their hearts.
They do not have lungs, but a sac that breaks down nitrates and helps to keep their circulatory system functioning. They have two nostrils located on the face, however the only function they have, is to breathe in.
The gills on the side of the body exhale. This is to maximize the intake of nitrates and other compounds they need to survive.

Sexual reproduction is fairly straight forward; very similar to how a human reproduces.
Males will court and breed a female to bare fertile eggs, and the female will lay the eggs, upside down on a hard surface. During that time, she will stay with the eggs and fan them until they hatch. She will nurse them and then protect them until they are adults in six months.

Sex for pleasure is also a thing for this species, and they can have sex without the worry of getting pregnant as the female chooses when she will produce the eggs.

Yeah, I know basically copied it, and not my intention really, this one is a provisional one till I work out something.
SORRY