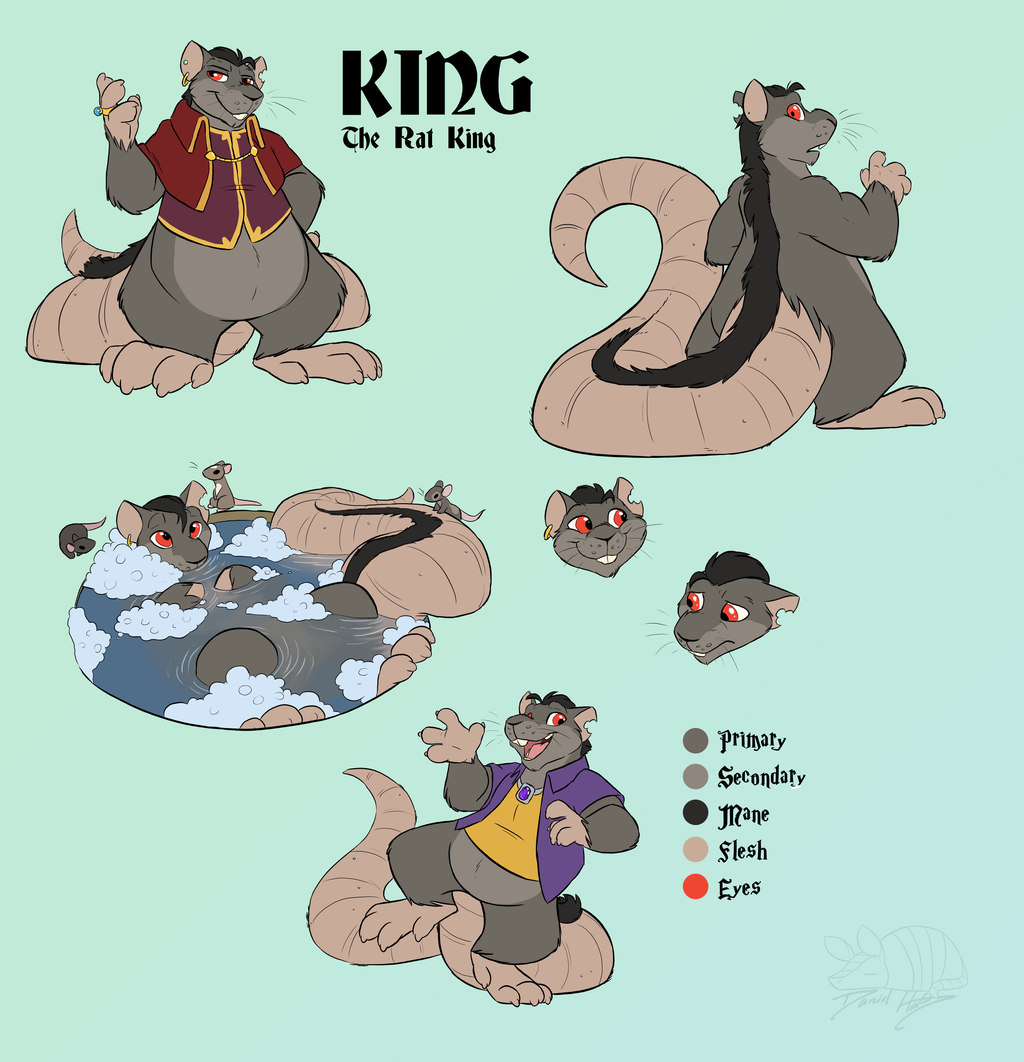 From the sewers under the city he strives for dominion over, the insidious King broods and schemes. He seeks to overthrow the current powers in control and establish a new control. Rumors spread of his monstrous nature, his devious plots, and the fear he instills in all who oppose him.

At least, that's King's intent. He portrays himself as a large, terrifying monster, one of vanity, greed, and a lust for power. But, it couldn't be further from the truth. King is actually compassionate, kindhearted, and helpful. He does what he can to help those in need, often disguising his assistance as "gifts" and "blessings" to his followers- often destitute folk who may not even know of his presence. His ulterior goals of upsetting civil balance: to tear down a corrupt, aristocratic government and establish new powers in control with more fairness and protections to those exploited by the current system and other races like gnolls and goblins.

King on his own is a caring, affectionate individual, willing to put others before himself. In a setting where he doesn't play the crimelord revolutionary, he's far more relaxed and laid back. Often sharing lazy afternoons with company, good food, and indulging in art such as music, movies, books, and games.

King is what looks like a large rat but is actually a creature known as a rat-king. A special being that has powers of dominion and influence. Rat kings can further expand their power (and increase their size and strength) by absorbing more swarms of rats through their tail. Or release them later on to free them or summon them for other purposes.