Surya The Mighty by TheMightyBookman 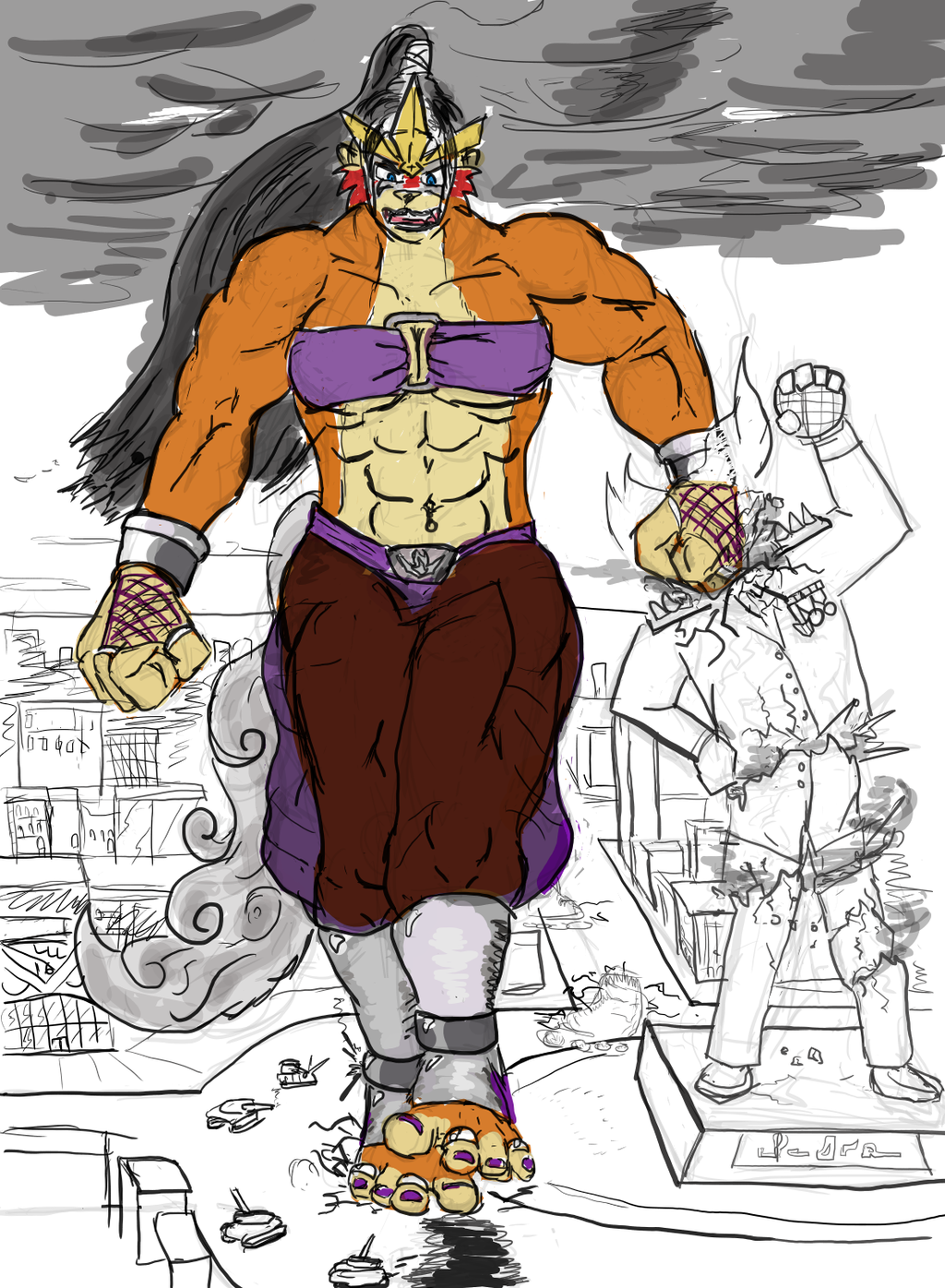 Meet Siva's sister Surya the Entei, on some distant world not unlike our own, tearing down an oppressive regime's power and showing them first and foremost who is in charge of the universe.

...which Siva will likely pout at her for! >:T Even though she understands what's right.
Surya is a passionate being, so she's the most exciteable of the three, and she effectively has no upper limit on her sheer force of will. That will sometimes come back and bite her since it short-circuits her powers by dint of sheer overload. So she has to bite it back on occasion and be less wild and more controlled than she wants to be. Surya can, will, and does go to lengths Sara and Siva find a little distasteful in pursuit of her goals, but she knows she has them to rein her in if she goes too far.
She loves play-fighting with Siva and despite her type disadvantage she breaks even with her softer sister. She also has her own moments of tenderness and warmth!