Saraswati The Bright by TheMightyBookman 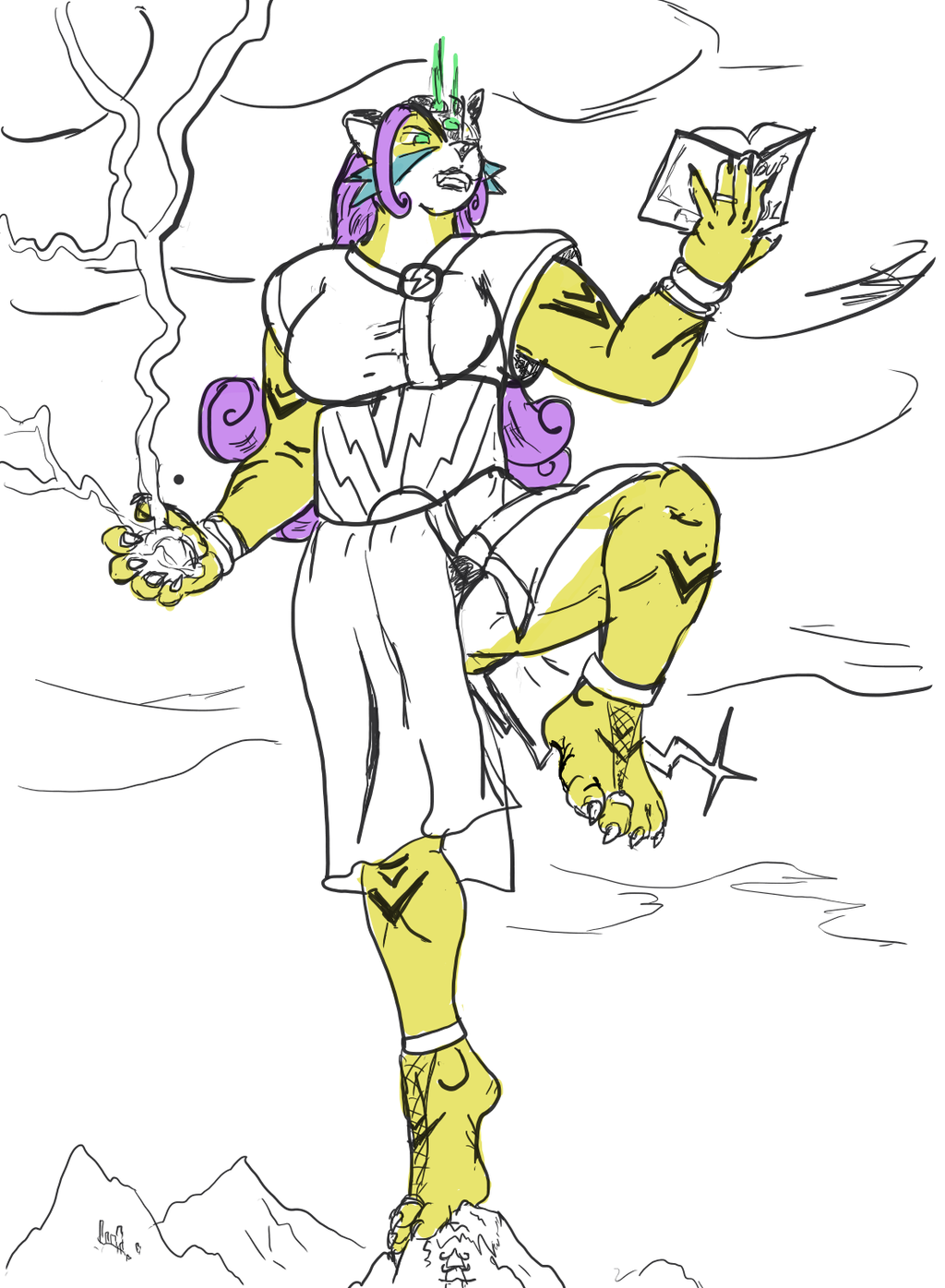 Saraswati (often just Sara to her sisters) is a deity of knowledge and skills; she's the most level-headed of the trio, and the most dispassionate in matters of interpersonal conflict and general cosmic administration. She doesn't particularly enjoy fighting unlike Surya or competition unlike Siva; whatever she needs to do, she will do pragmatically.

That being said, she's not a facile cold-and-totally-logical Vulcanlike being, and she believes in the same principles of loving care and respect that Siva holds dear; she just thinks of them as the only logical thing to do. She's a -huge- audiophile and she and Siva do jam sessions where she'll write and mix stuff (electronica naturally being her favorite genre) for Siva to dance to.
The trio being inspired by Hindu mythology in particular, their musical tastes tend to have a Bollywood flair to them.

Here, standing atop the most secluded of her temples, she brushes up on techniques in a big ol' tome marked 'DUBSTEP 101'~