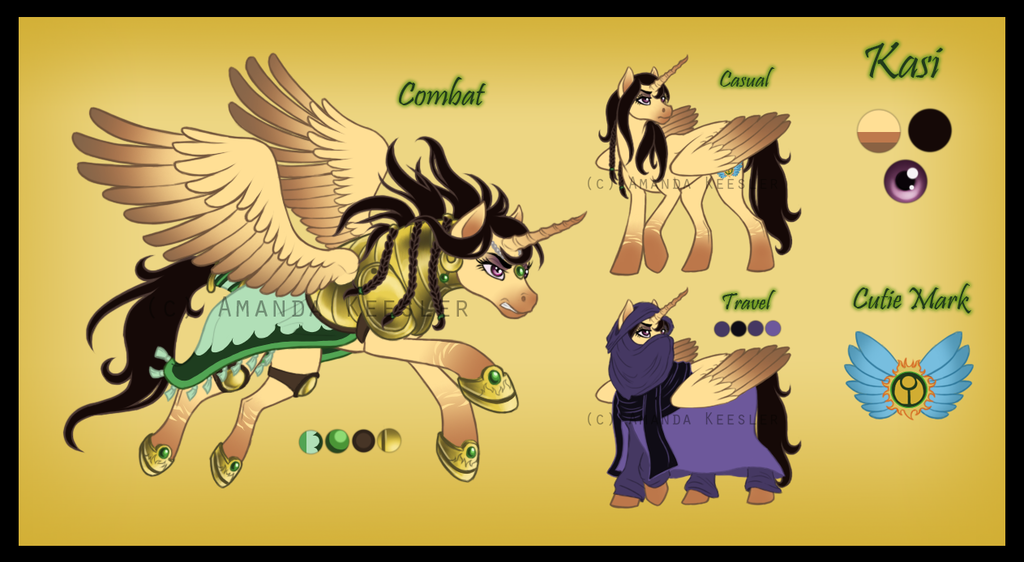 I was able to do some digital work! Goodness!
This here is Kasi, who is Amani's mother. I'll probably be adding more information about her later on, but for now I'll say that she's a queen who fled her kingdom after she was sentenced to death for the crimes she committed against her subjects. She's not the nicest of those belonging to royalty. Her home is Equinnus, and she flees and hides in Equestria.