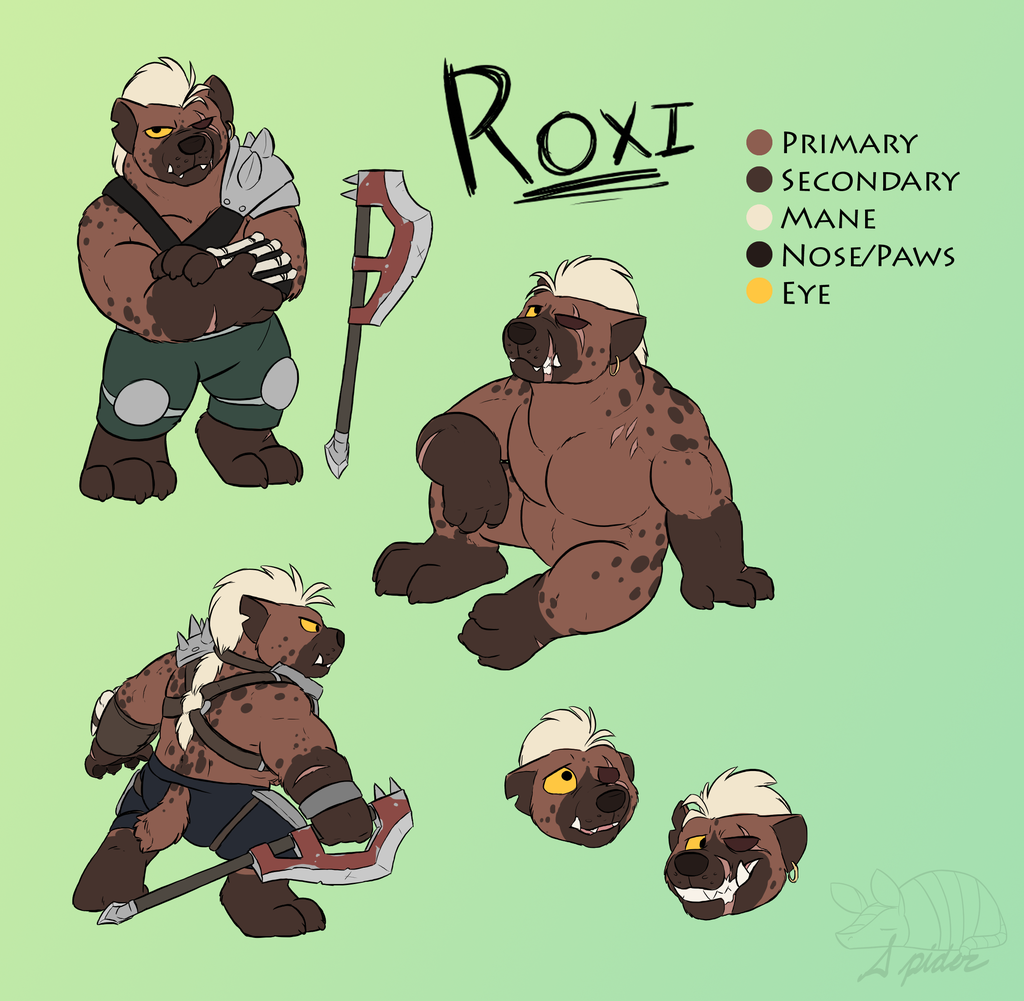 Warchief to a tribe in a nearby region to Hyra's tribe, Roxi is a leader of conflict. Whereas Hyra tries to hold a tumultuous peace with nearby humans, caravans, and traders in order to protect the few remnants of her tribe and culture, Roxi takes aggressive and assertive methods of holding on her tribe's lands. She leads raids on towns, rob and pillage traders and caravans, and distrusts most humans.

In her youth, her tribe was often subject to being cheated, robbed, assaulted, and attacked by humans trying to drive them from the region. Her final shred of tolerance was lost when their enemies tried to poison their water supply and trade them clothes and blankets laced with diseases. She took charge where their current chief had failed them and launched assaults upon the humans' village and farms, razing them in the process. She quickly climbed rank in her tribe, taking the mantle of chief in a trial by combat, and with her new position, continued her campaign of terror.

She currently holds her tribe's lands with a territorial aggressiveness, leading attacks at any men they cross their borders and sometimes raiding those that come to close. She wants to see the best for her people and will take any assertive measures to preserve their lands and culture.

Roxi has a history with Ruvi. When Roxi went to lead her first assaults against the human lands in defiance of their chief, Ruvi opposed. He believed the wanton destruction and murder would make them just as terrible as the men that tried to kill them. Roxi asserted that without establishing their own validity, humans would just continue to intrude and encroach on the tribe to drive them away. After a scuffle, Ruvi fled and Roxi resumed her attacks against the humans. Ruvi, in his exile, took to adventuring, and eventually encountered the gnolls of Hyra's tribe, finding a new companionship with them.