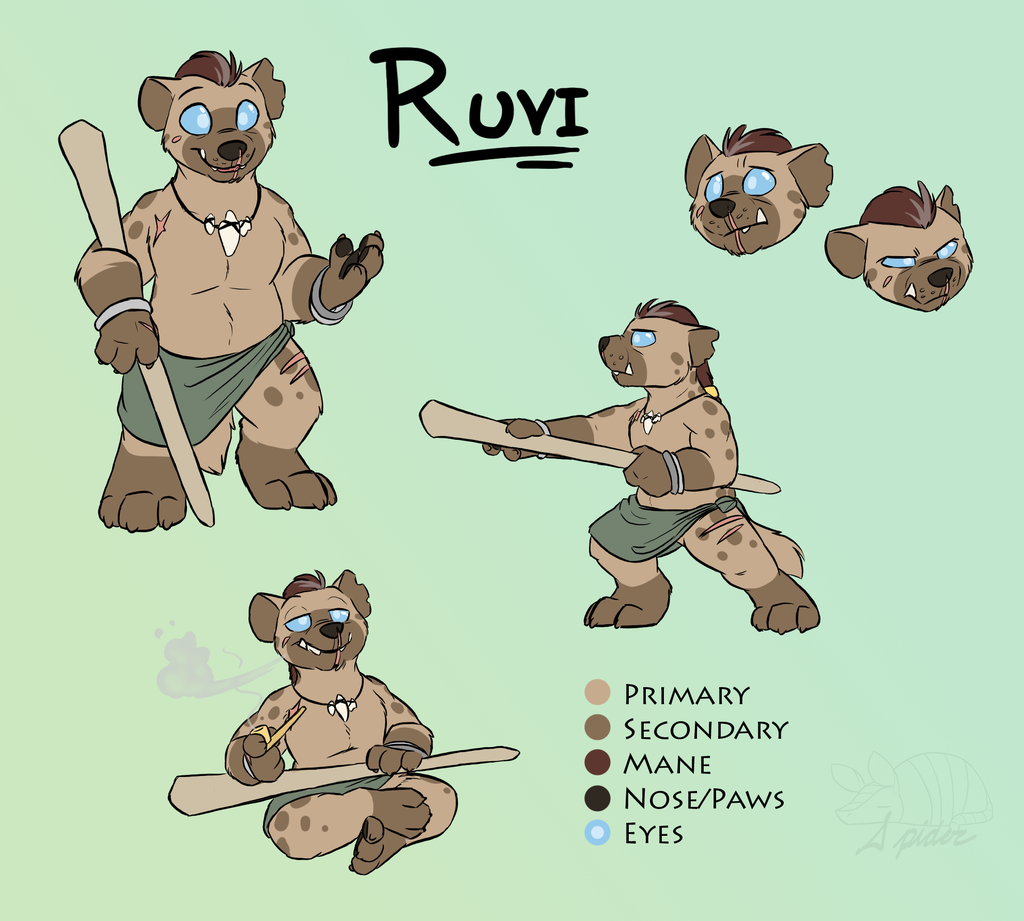 Ruvi, father to Chuck and Ekka. While blind, the most experienced and skilled fighter among all the gnolls of the tribe. He's goofy, snarky, and somewhat arrogant with a cunning wit, but still good to share wisdom and his love for his family and tribe.

Ruvi had a background as an adventurer, setting out from his original tribe long ago for various disagreements he held with them. He toured the world and challenged himself against all kinds of beasts and villains in his quests and always came out on top. As he grew older, he seeked to find a place to settle down. He found this in a love with a gnoll known as Mala. After meeting with her every year at their annual ceremonies and bearing two children, he eventually settled down with the tribe. Years later Mala passed away fighting during conflict with neighboring humans. Ruvi continues her legacy in looking after her children and ensuring they will grow to be strong.