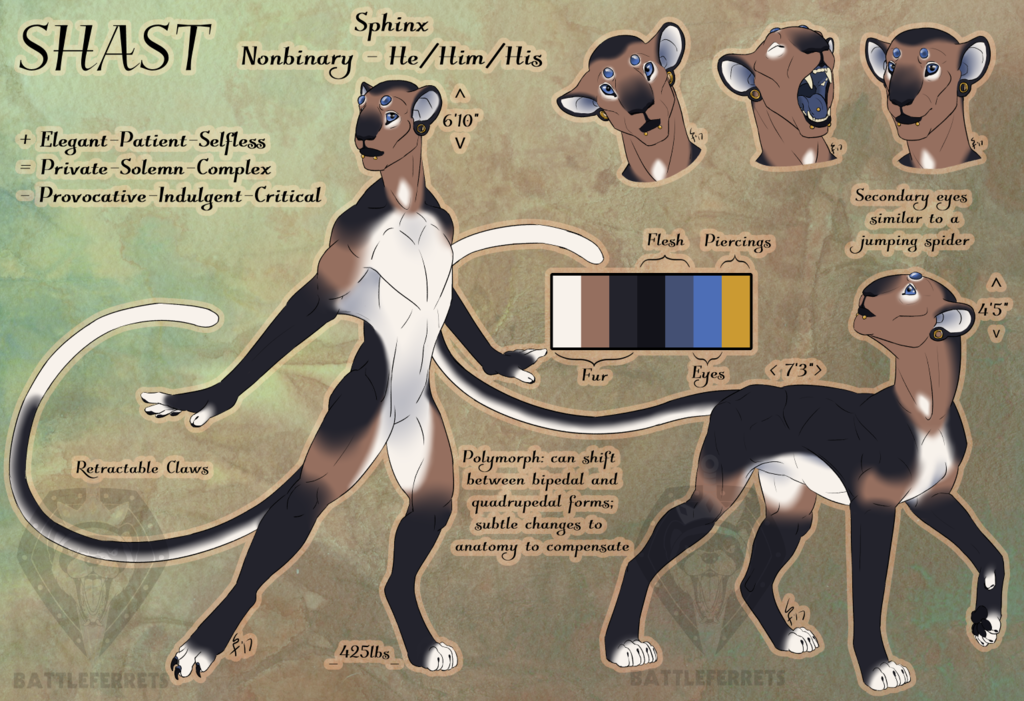 Shast is a part of me, while being his own character as well. He's one of my 'sona's, but he has his own history and life.

He is very private and doesn't speak of his past or where he comes from much. He doesn't talk about how he was born royalty, or how he was gifted by the gods an extra set of eyes to see the Otherworld, or how he left home and has been wandering around the multiverse ever since.

What he will speak of is his menagerie of Familiars. He has a large collection of creatures and beasts that he looks after. They generally live on their own and are free to do as they please, but he checks in on them often, and sometimes brings them along with him on his journeys. He considers them family, and goes to great lengths to ensure their happiness and well-being.

Shast is rather proficient at several kinds of magics, using them to better communicate with and assist his Familiars, as well as defend against the fae of the Otherworld who are constantly fighting to trick him into their captivity.

He enjoys the company of others on occasion, but won't be tied to any one person. He has other places to be and his Familiars to attend to, he doesn't have time for a committed relationship.

Fun fact: His blood is blue and acts as an aphrodisiac.