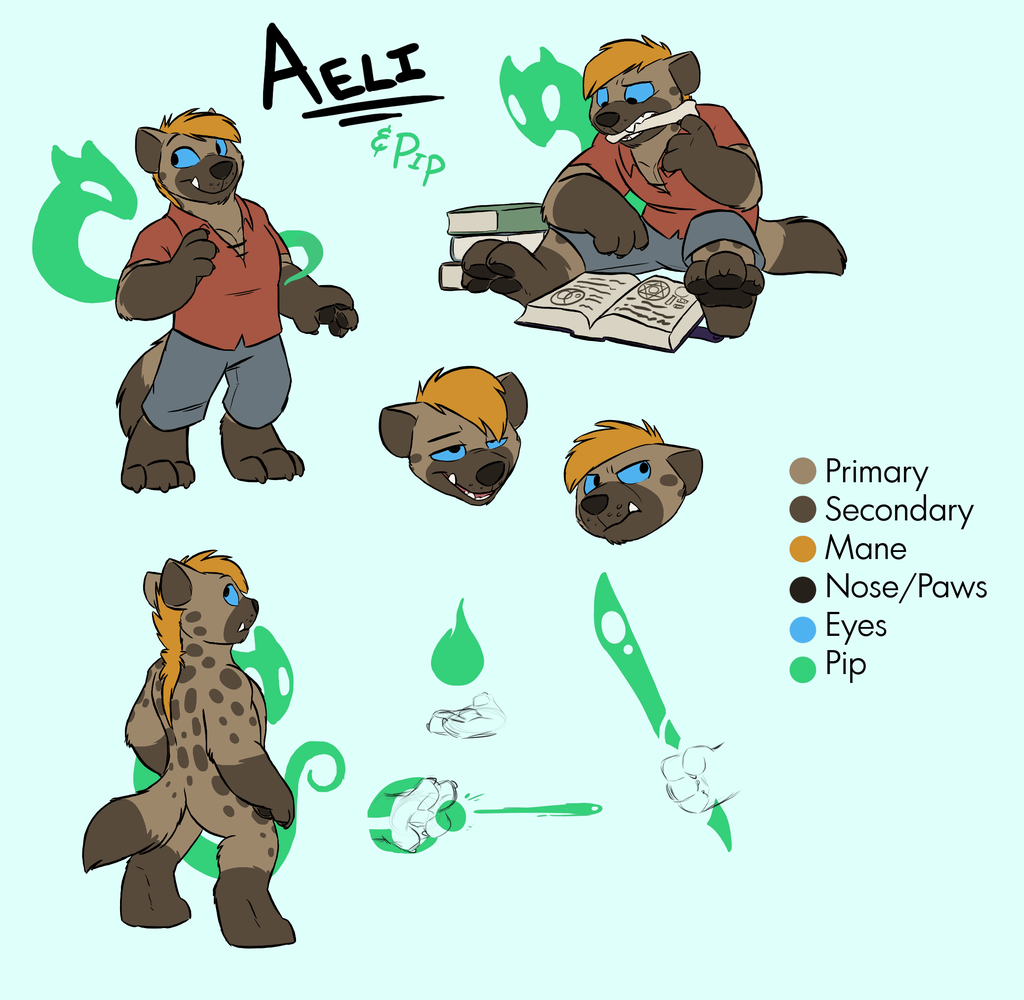 Aeli as an adult gnoll.

Shortly after his struggling tribe is fractured, Gnarla, Rok, Riz, and Chuck set out together in an effort to preserve the youth of the tribe and seek out new lands of which to settle and bring the tribe back together, but there was always different plans for Aeli.

He may have been quiet and shy, but Aeli was uniquely gifted, having a keen connection with magical energies that tended to manifest in his playful pet of pure energy, Pip. Several members of the tribe saw great potential in this, but really had no means of educating the young gnoll or helping his talents flourish. As such, when the tribe was fractured, Gnarla and Chuck took this opportunity to quest out to find a mage's school that could accept such an unusual pupil.

It wasn't common for gnolls to seek education in human societies. They were often hated, abused, attacked, and viewed for little more than physical labor and servitude. Gnolls were perceived as dumb beasts. This wasn't going to deter Chuck from getting his adoptive nephew into one of the few systems that had the books and tomes vital to his education.

It took much searching, and some coercion with plenty of favors to get Aeli in (as well as some tests of his raw abilities), but he did get in. And despite dealing with much opposition and hate, Aeli does persevere and succeeds quite well, surpassing many of his peers. He continues to study theoretical magics in higher education, hoping one day to not only discover the true depth of his unique talents, but also to prove to humans that gnolls are not just some thugish, monstrous race.