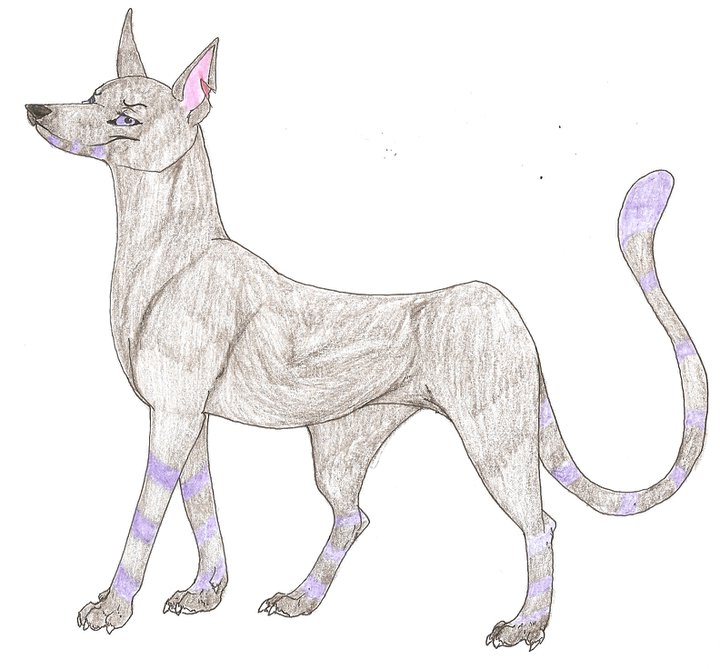 Personality: Medusa is actually pretty simple. She's a nympho and a sadist, and that's about it. She doesn't care about the rest of the world, and as far as she's concerned it could burn anyways. She's tired of people. Tired of getting attached, tired of letting go, tired of being hurt. Numb is a pretty accurate way to describe her. The only thing she cares about is her pack and keeping them safe, but she'll never let them know it. Little does she know, they already do.

-Medusa was actually gifted to the Pharaohs of Ancient Egypt by her father as a pet. When her first Pharaoh died, she was mummified and burried with him at his request. Later, when her Pharaoh was reborn and crowned again by the people, she was returned to the world of the living by her father and once again left in the hands of royalty. The people began to hail her as the true companion of the Pharaoh, since each time he would die and be reborn, she would do the same. Over time she gained the ability to return to the world of the living by herself, and hasn't seen her father since. The last time her Pharaoh died, in the body of Tutankhamun, Medusa decided not to return to the people. She rejected the Ramesside Pharaoh and left Egypt for good.
-Medusa met her mate, Cyneas, on the river to the afterlife and the two have been together since.
-Her father is a powerful demon prince. Cyneas can sense it in her, but she's asked him not to find the demon. She doesn't want to know him.