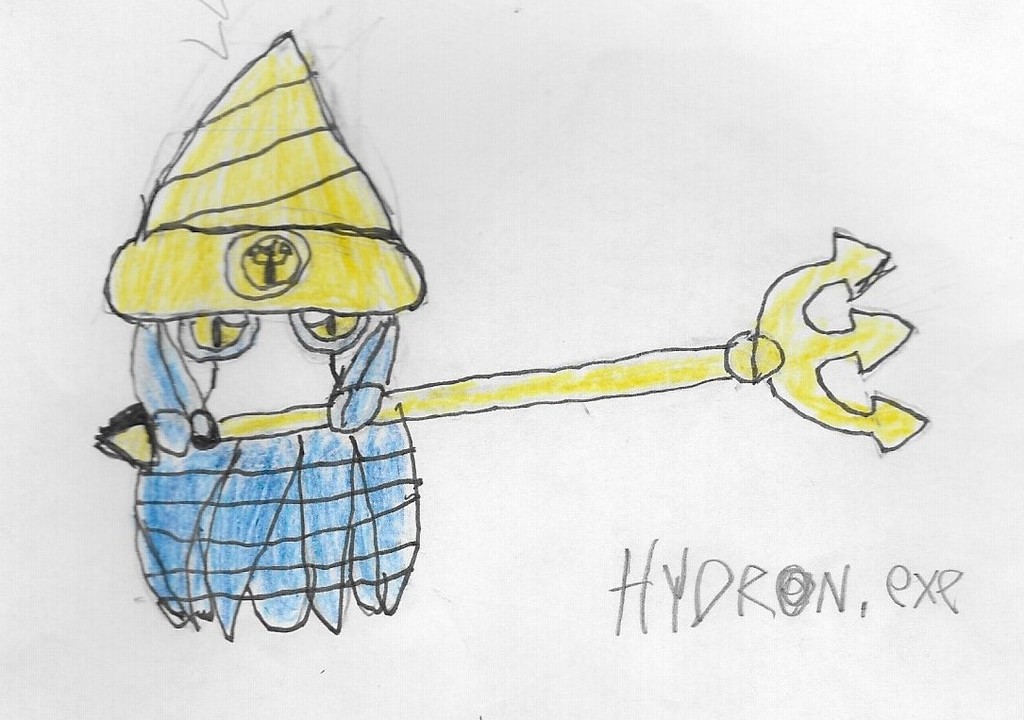 In his past, Hydron was a cyberbeast, with unstable data. Infected by the evil netnavi Scion, he became more unstable. His design was that, of a half-ammonite, half-kraken.
But, as some genius rebuilt him, Hydron had become stable, but as a netnavi with power that is more limited, in order to maintain control over ti. (Because, as a cyberbeast, he couldn't even CONTROL that much power.)
This is what became of him, in this image; a small netnavi, with great capabilities.

FACTS: This is basically the "Mega Man Battle Network" counterpart, of the iconic character from "Red Earth". It's also a very old pic I drew, back around AT LEAST 2010, if not BEFORE that!

= Hydron.EXE, alongside this piece of art, are (c) by me (At least as a fan-character.)
= "Mega Man Battle Network" and "Red Earth" are (c) by Capcom