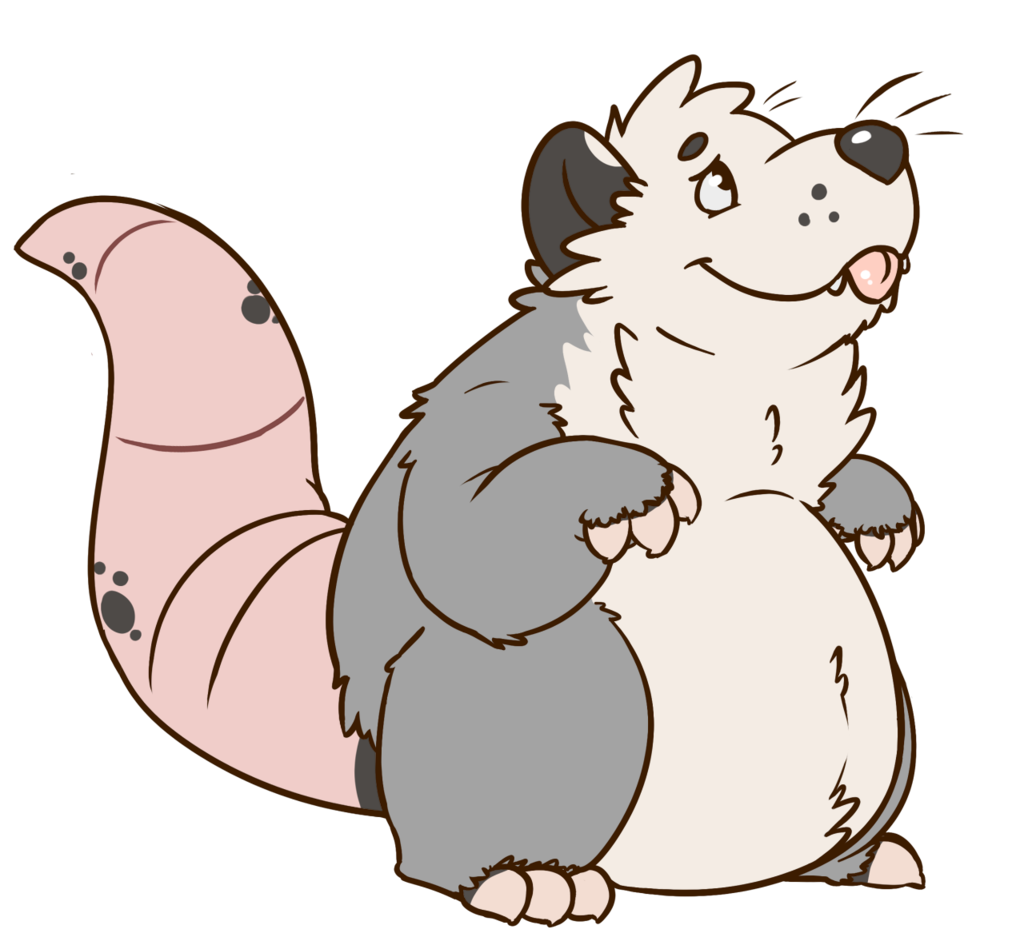 A short opossum with a chubby, almost-feral build. While able to walk on two legs he prefers to go all fours and will mostly be seen with an arched back when on his hind legs to compensate.

Not having very fond memories of his past, he doesn't trust strangers and can be passive-aggressive to people that approach him, but is a happy-go-lucky dork when around people he trusts.

Rex met Tobi early in his life and has become a close friend and companion since. He sticks close to Tobi whenever possible, often climbing on his back/shoulders when possible. He trusts Tobi and will warm up Tobi's friends much faster than those he meets on his own.

Rex is often called "son" by Tobi, although they have no family correlation. This is mostly due to him half-raising Rex and teaching him what little he could about the world and magic. Rex took more to "destructive" magic though, which Tobi doesn't know much about, so Rex mostly practices on his own.

Rex refers to Tobi as Biscuit most of the time, but otherwise uses Tobi.