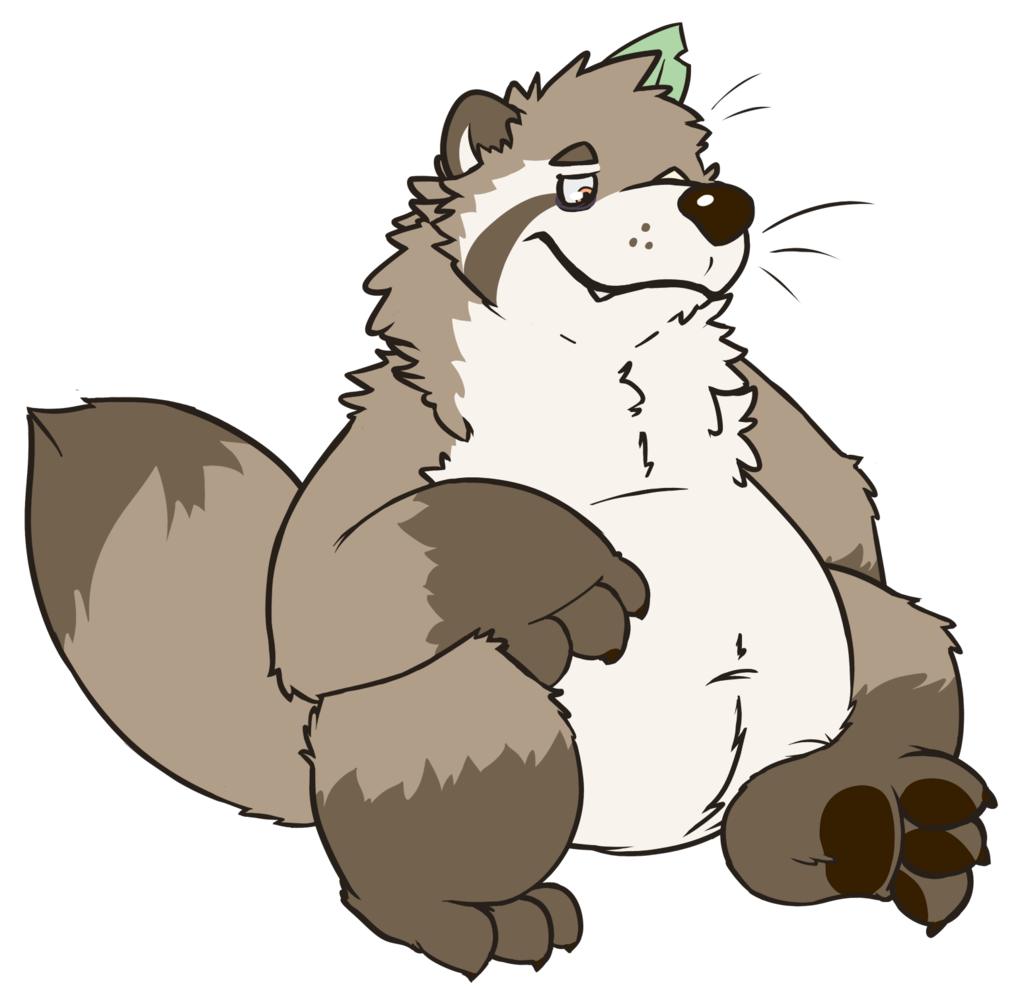 Tobi is a Tanuki and my "fursona" that is used to define myself on the web. He is me in most ways, sharing my (first)name, personality, interests, and all around character. Mainly defined by social anxiety, depression, constant nervousness, self doubt, and a tendency to apologize without reason.

As a Tanuki, Tobi uses illusion magic and constantly practices shape-shifting, almost always being transformed into another species. Seeing him in his "true" form is really rare, and usually only done so in front of close and trusted friends.

He uses the leaf on his head as a catalyst for these transformations so they drain less energy from him, allowing him to keep them up near constantly. He will -always- have his cream-colored nose stripe, as he is unable to change this no matter his form.

When shape shifted, Tobi will slightly alter his personality- he may seem a bit more friendly or grumpy, and more open to show his emotions. He still has the anxiety and depression, but the "mask" helps him show it a little less.

As I grow as a person and as an artist, he increases his accuracy and ability to transform. His forms are not set in stone; they constantly change based on my interests and skill, and he is able to alter them in most ways. (bigger or smaller in size, irregular body proportions, ect)

Tobi has a companion; an opossum by the name of "Rex" who has adopted Tobi's last name and is extremely close to him. He refers to Rex as his "son" although they are not biologically related in any means.