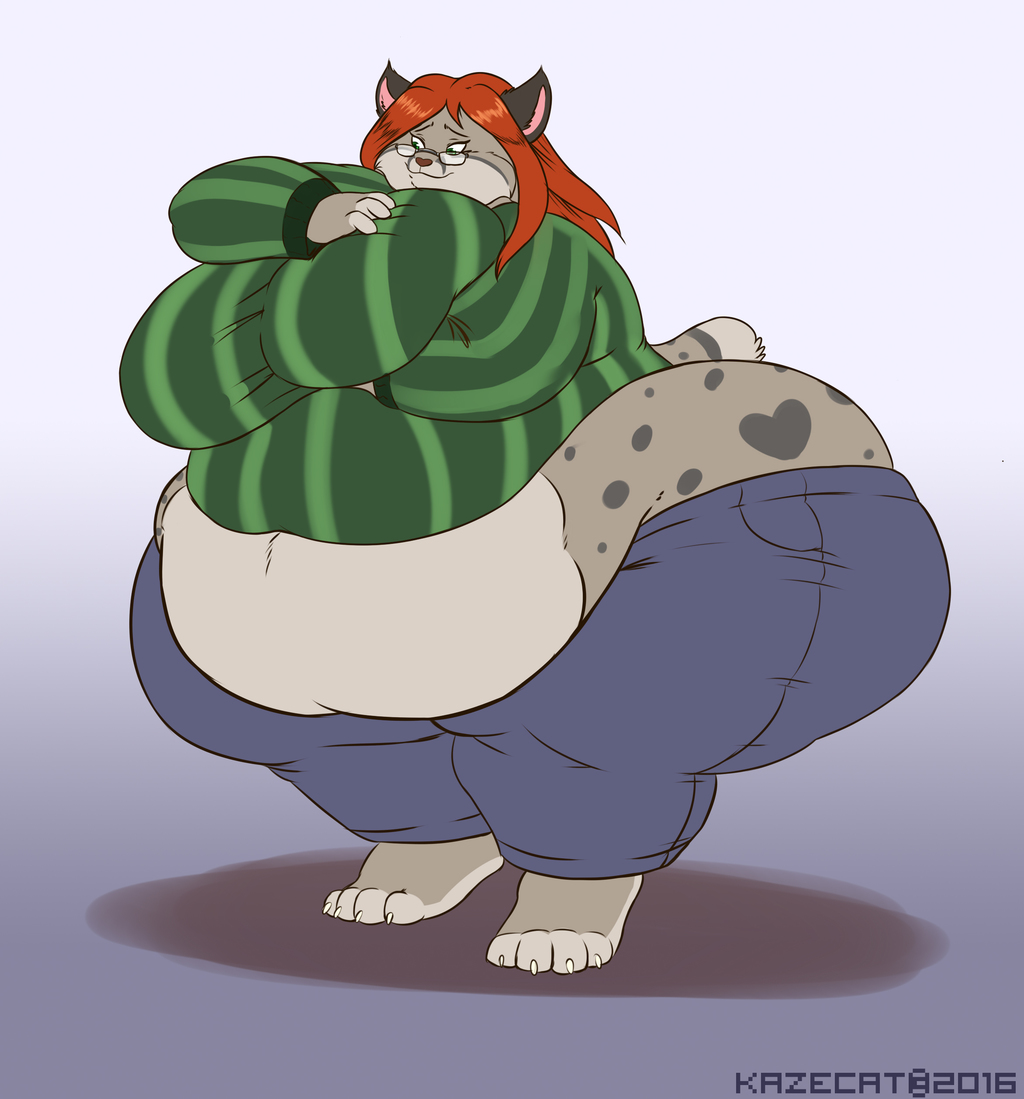 Kay Lee is a shy but adventurous girl that lived in the small town of Crownley, England from a Scottish family line spanning back to medieval times. With having so much history in her own bloodline, Kay Lee moved from Crownley to a her university to study world history and cultures around the world.

While at college she met her current friends, Nick and Ashley, while falling for her boyfriend Scott Morley. She was also very thin at the time and was quite adept at keeping her small frame in check. It wasn't until one summer away from school she was staying in Scott's apartment while he was away on a trip abroad that she came in contact with what caused her sudden weight gain.

Her friend Nick was running his personal cosplay story when she came by and he gave her a necklace that a customer left. Coming home with the strange jewelry, Key Lee tried it on only for it to glow and with that she ballooned in fat and became twice her original weight in a matter of minutes. By the time Scott came home, he found Kay Lee shaking in fear of her frame in tattered clothes and tears. Despite the change, Scott stayed true to her and reassured that he would never leave her for something so superficial as becoming obese in such a short time. Kay Lee was so filled with joy from hearing this that the necklace even gave Scott his own layer of fat just for the both of them to enjoy and find love between each other all over again.

Now, Kay Lee is working part time as a Librarian and likes to spend her time doing things such as designing costumes, reading novels and a few mangas, and even gaming whenever she can. She even taken up on cooking and so has Scott, with plenty of other activity to enjoy. Still, she wonders about her new necklace and what powers it holds, and she may learn of them in due time.