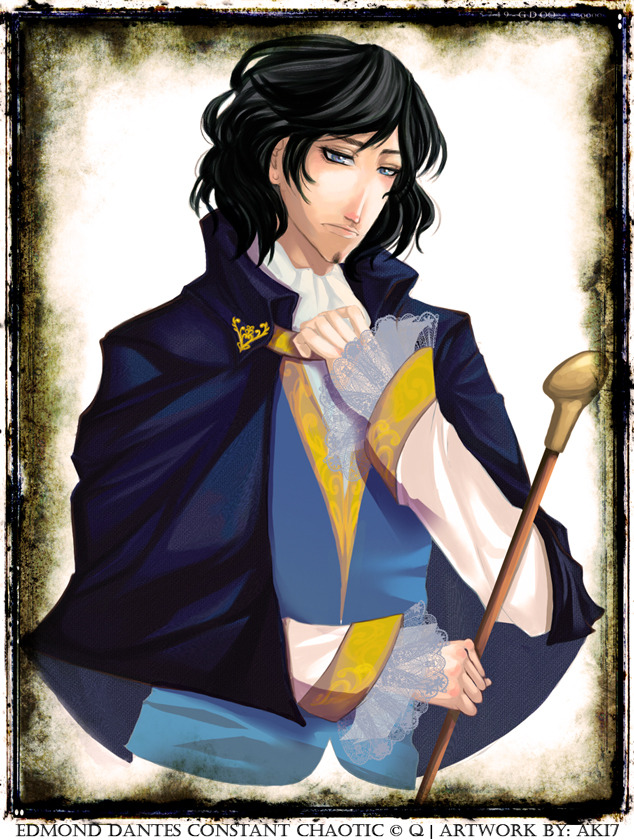 Artist Unknown
(I mean it says it there, but I don't know where to find them online)

When no one else stepped up to the plate to pursue the Phoenix in Dexterity, Edmond did. For being the only one brave enough to go, the title of The Count of Monte Cristo was bestowed upon him.

The man held no true political power over the land, and chose to keep out of most affairs by becoming a teacher- he trained people how to take down the Phoenix. His practice was dying, however, as the hunt for the Phoenix was slowly becoming a solitary job. About this time, a small Talvian boy came to him, asking to be trained. The boy was Q, and Edmond(with the help of Esvera) practically raised him.

Edmond is also the younger brother to Shoy Dantes(Also known as Kingsley). Forever in Shoy’s shadow, Edmond secretly longs to prove himself to his country. To make The League understand that just because the older Dantes failed does not mean the younger one will not succeed.