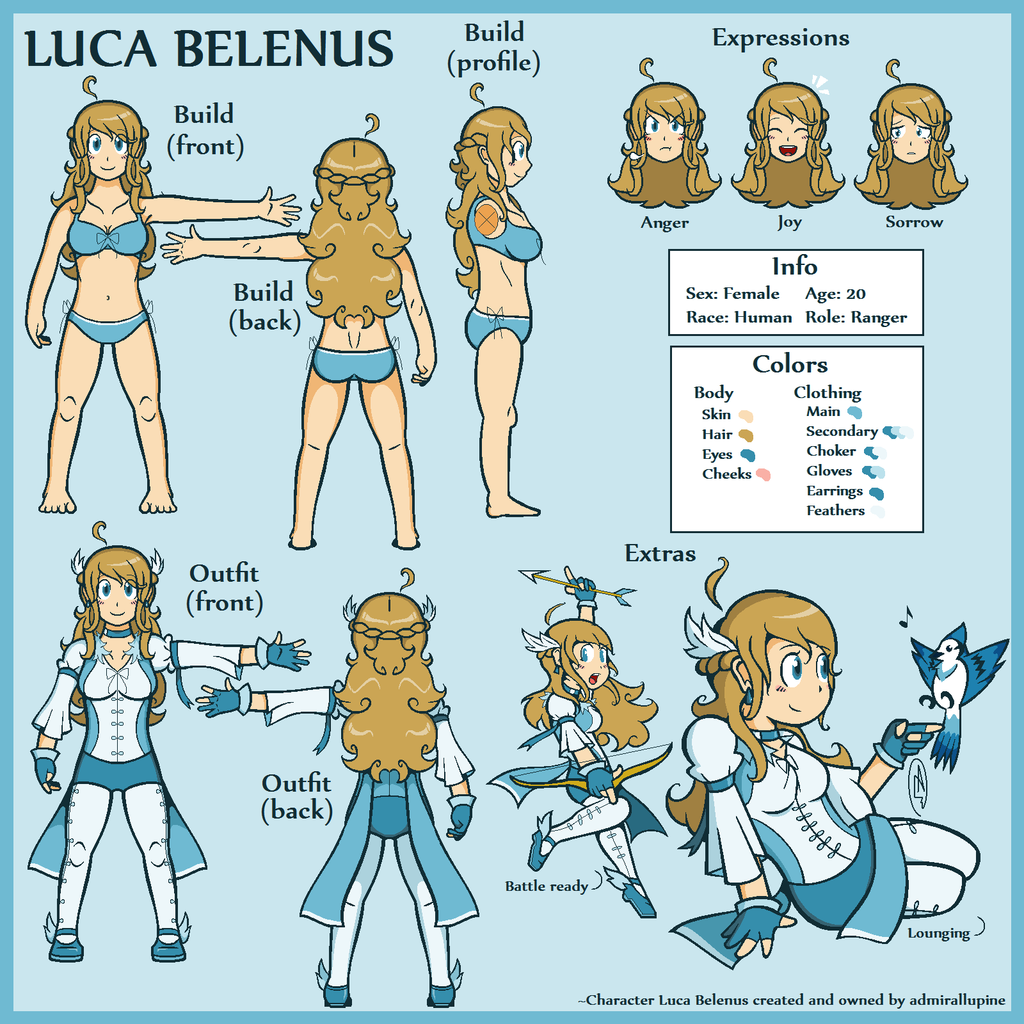 Work-in-progress story subject to change whenever necessary:
Luca was absolutely devastated after the loss of her brother, Percival. It took her quite some time to recuperate, and she grew up avoiding long confrontations with friends and family in favor of reading books on magic and practicing archery. A few years after Talix went missing she went into a deep depressed state. A knight by the name of K'sko often comforted her and with his help she was able to press on and eventually became a teacher for trainee wizards.
One night, she had a vision, that her brother and Talix still lived. She packed her things and set out into the night, but not before encountering K'sko. He told Luca that her greatest weapon was not her archery skills, nor her magical prowess, but her love and compassion. He said that she was always a happy child and longed to see the day that her happiness would return. With a sudden rush of optimism and a cheerful smile, Luca promised that she'll return to be the loving girl she once was, and spread that love throughout her travels.
She began her search in nearby towns, and eventually boarded ships to other continents. That's when word began to spread of a pit fighter by the name of Rhodiin. That name was familiar to her...