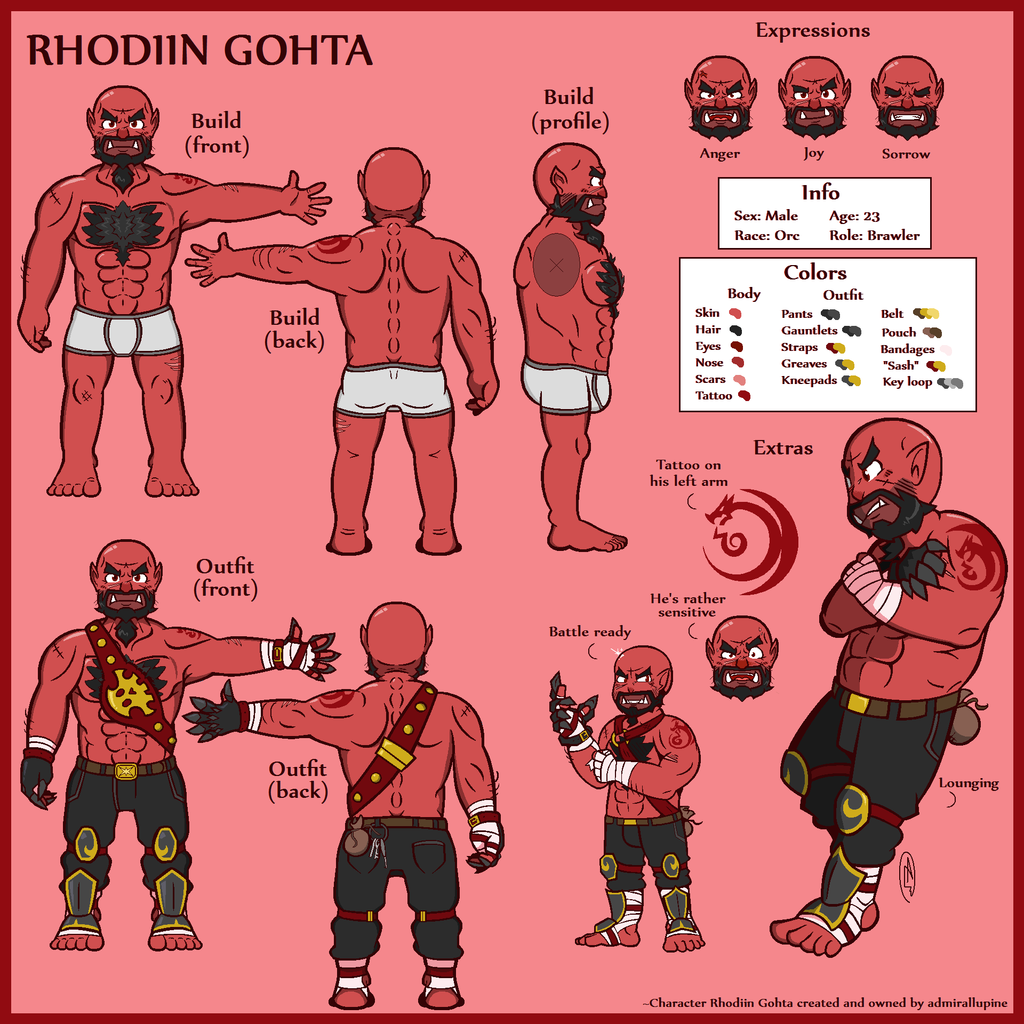 Work-in-progress story subject to change whenever necessary:
He became a brawler with his experience of beating up Talix when they were younger. The guilt of what had happened twelve years ago led him to spend his time participating in fights for money. Talix and Luca would eventually meet up with him after word gets spread out about an upcoming match featuring him. If Talix meets up with his orc rival alone, Rhodiin wouldn't be too happy to see him considering Talix would have gotten his memories back at that point and would want to explore the cave where Percival had perished. And since Rhodiin is a rather insecure individual and isn't very at handling his emotions, he resorts to violence. If Talix met up with Luca first and is accompanying him, she would stop the two from going at each others throats.