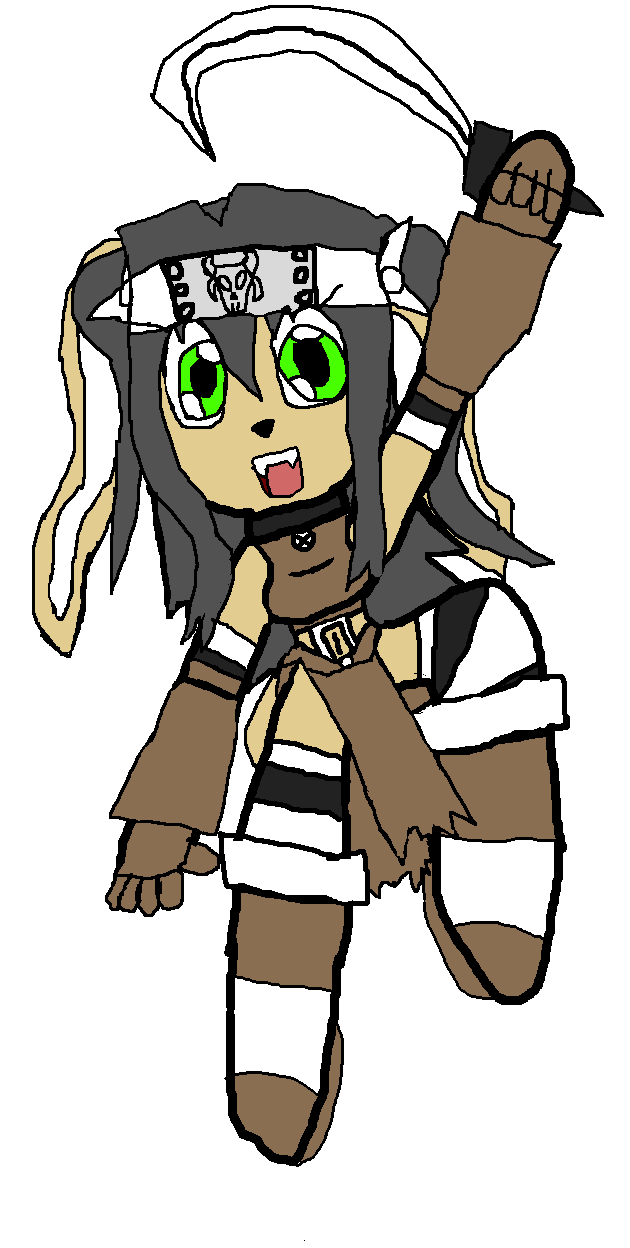 = Alignment: Neutral Good (Lawful towards nations under democracy, that go by basic rights, but chaotic towards nations under corrupt dictatorship.)
= Personality: A bit crazy; a bit reckless, and sometimes unintentionally awkward, but otherwise gentle natured, compassionate, and loyal to her friends.
= Likes: Recycling, non-radiation based technology, (including rebuilding computers; she learned to do this, from an academy) wildlife research, animals, plants, and friendly hugs (Most notably, from Feidlimid; her loyal guardian.)
= Dislikes: Dictators, scam artists, and radiation. (It's bad for the environment, and makes her uncomfortable.)
= Hobbies: ??? (I suppose you can ask her about hobbies she may like, but she has NO INTEREST in karaoke!)
= Job Occupation: Archaeologist

In her past, Huan was notably born, within a tribe. Her father is a former pirate captain, and her mother is a priestess, and very experienced ninja. Both are human, and are retired adventurers, that ended up founding a tribe of their own. And while had been under the last name, (currently her maiden name) as "Goldlocke".
Huan had been adventuring, with this strange looking, yet incredibly well crafted hook-shaped sword, since she was about 6 years old, but she made it sometime in the past, after she met up with Feidlimid, of whom rescued her as a child, and chose not only to become her loyal guardian, but also by will, wanted to stay with her. In other words, this hydra / kraken mix, basically became her pet, as well as a very friendly, loyal best friend.)
Sometime in the future, around the age of 14, she met up with Douglas Jewelburst; a young archaeologist-in-training, of whom is taken after his parents. (His parents aren't retired, but they're simply not going on expeditions, as much, due to a busy schedule.)
Not to long into the future, on her 15th birthday, Huan ended up officially falling in love with Douglas. Sometime in the future, at age 18, during a war on a terrorist group, that took over Earth, Douglas literally ended up PROPOSING to her! That's when, about a month after the war, they ended up getting married, but that doesn't mean that they would retire! After all; they still had a LONG way ahead of them!
While they are happily married, Douglas and Huan now live together, they had also attended a university location, founded RIGHT where a tribal village (which is within a jungle) ended up expanding, into a very environmentally-friendly city!