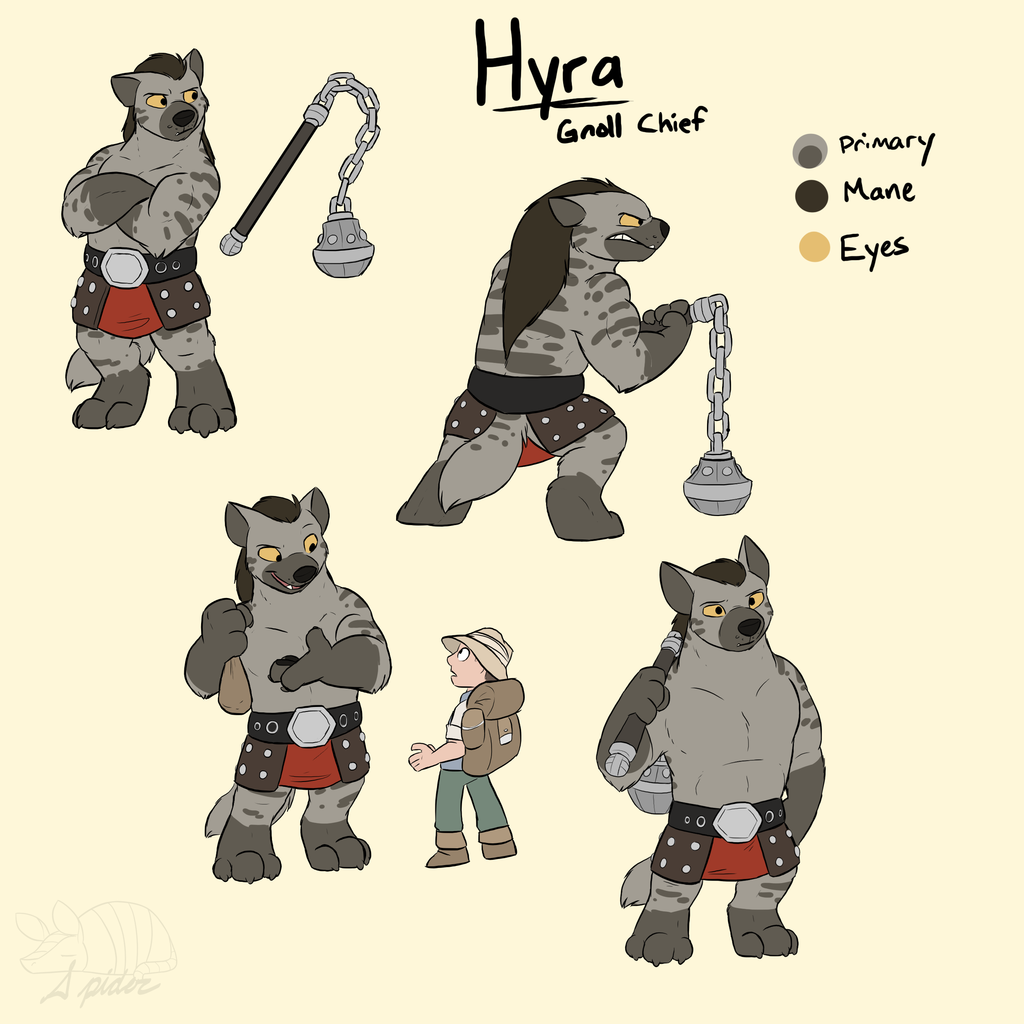 The chief of the desert dwelling gnoll tribe, Hyra's an intimidating figure to behold. As a gnoll with flind blood, she's very tall, even for a gnoll, and built stocky. She's not only powerful, but very shrewd, being a smart, clever leader, and cunning negotiator. She's a motivating icon for her tribe, and would gladly give her all for them.

Hyra only wants what's best for her people and to preserve their livelyhood and culture. This often includes reeling some of her more dimwitted (Vesky) or violent (Ekka) compatriots back when dealing with humans or those of other cities and cultures passing through their land (primarily to avoid military retaliation). She's uneasy with the fact that the tribe has been pushed to the brink of habitable lands in the desert and would gladly seek a solution to improving her tribe's lifestyle as long as it didn't involve open violence or servitude and slavery.