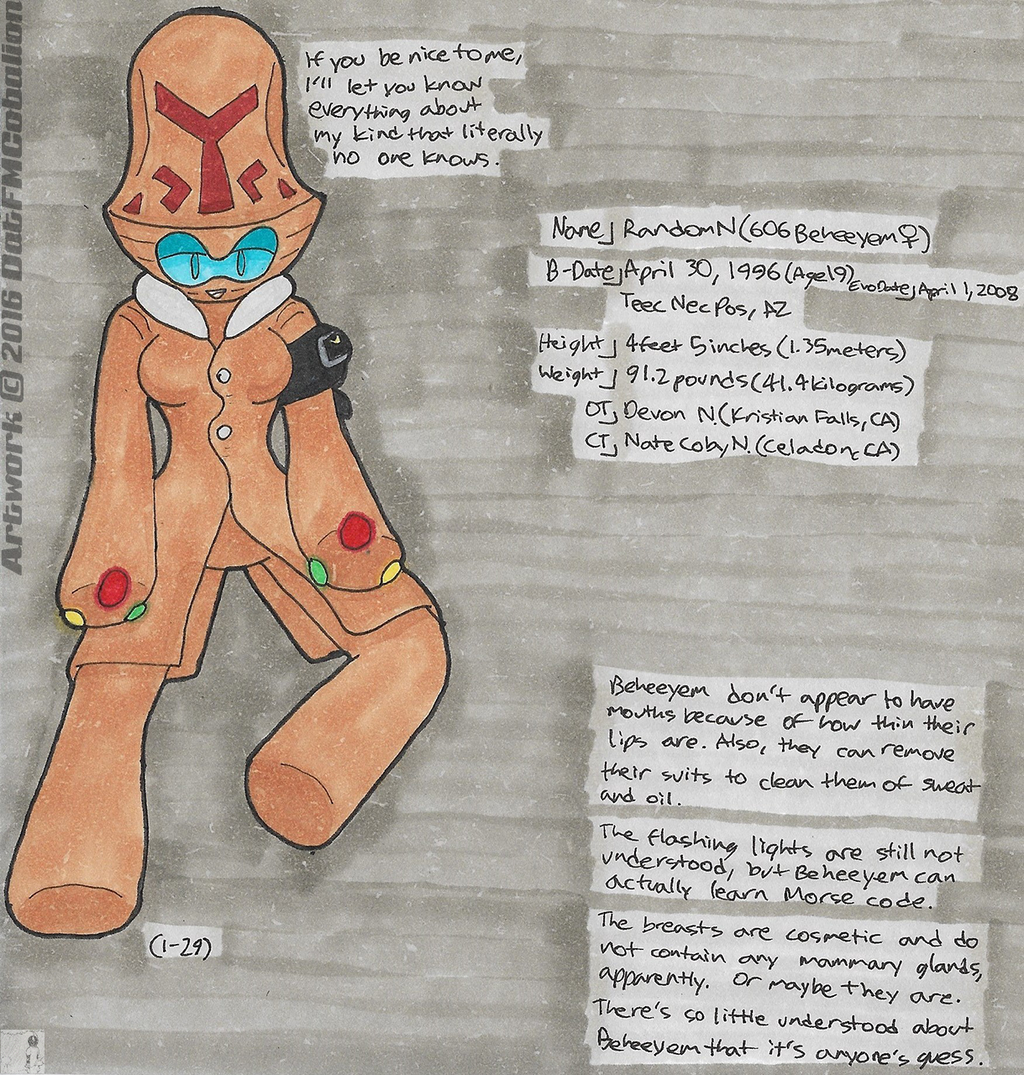 Originally hatched and raised by Devon, she was given to his cousin Nathan after Nate had one of his pokemon stolen. She's a bizarre being, especially since not much more about Beheeyem is known now than was back in the 1950s.

Once again, more anthro than normal, but whatever.

Facts are getting freaky, but that should be easy to ignore... I hope.

As with all my characters, if you wish to use this character for any reason, you must have permission from me, and even then there are restrictions. Message me for details.