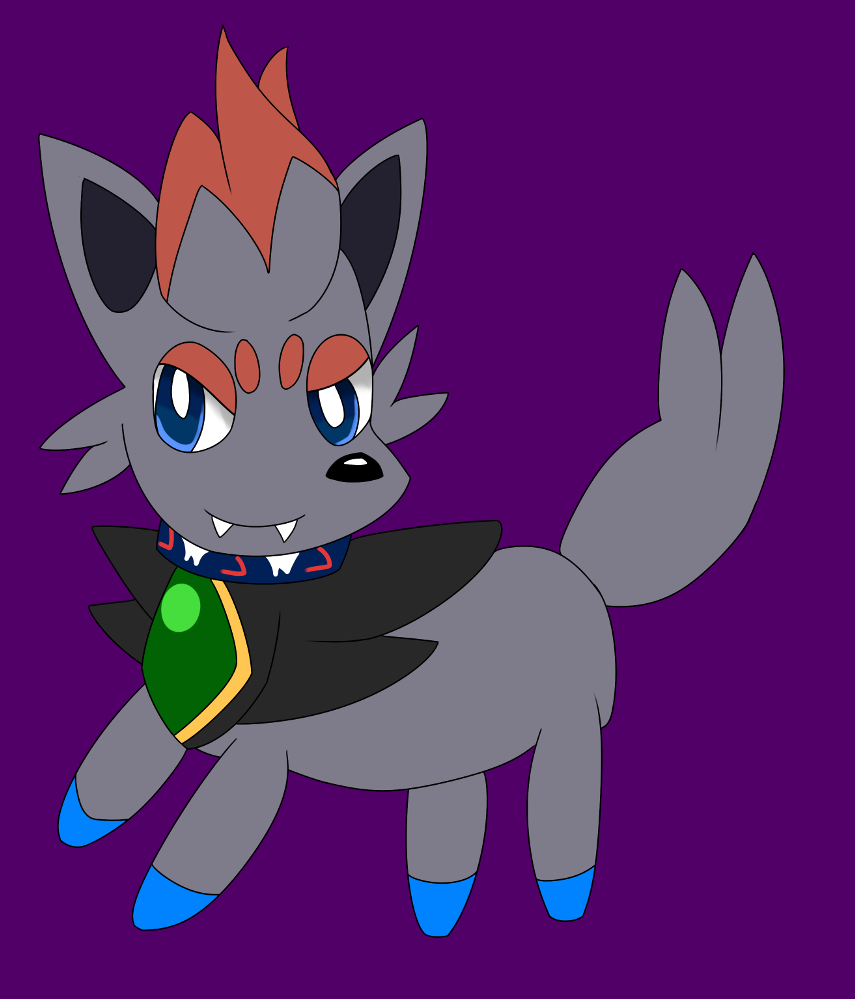 Nickolas is a Zorua who likes to scout around anywhere he goes. he runs very fast. which is slightly faster to
Enatias's Normal speed. however Nickolas mother was Nick aka the Zoroark. but the zoroark decided she can't take care
of nickolas knowing how weak she is of a zoroark and is not good in battles.

But Nickolas really considers Enah aka Enatias as her mother instead. which both Enah and Nick (Zoroark) have no problems
with that.

Nickolas is pretty good at being with others and isn't too agressive. so he likes Eons and Humans very well.