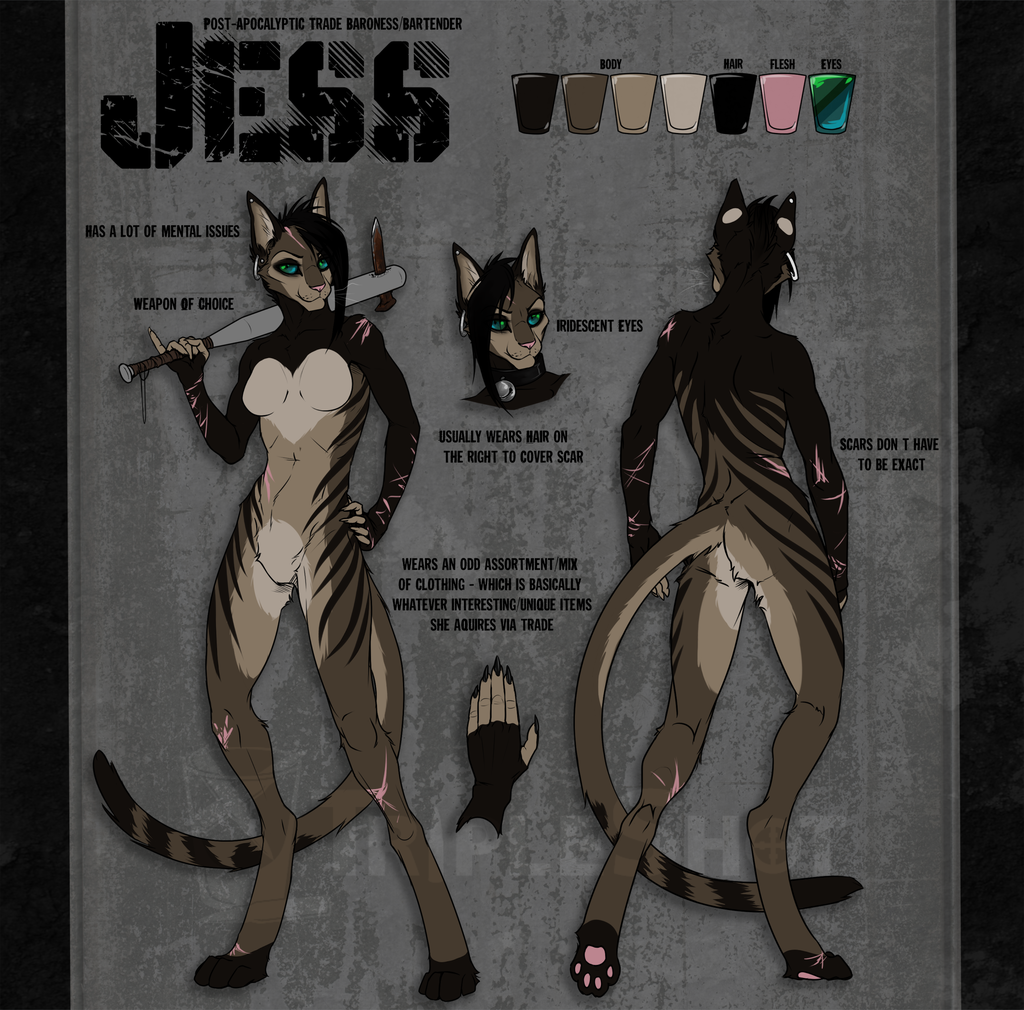 Jess is my actual fursona, but with quite a crazy backstory/headworld to go with her.

Based in a post-apocalyptic world that has been swallowed up in a war between factions vying for control, Jess is one of the few completely neutral characters. She owns and runs an extremely successful bar/tavern/inn/brothel/trading post out of a previously abandoned townhall, that also has the unique feature of being one of the only places that everyone (despite your allegiances) can come in and have a drink --- thus most patrons have a vested interest in it staying a peaceful and lucrative neutral ground.

Jess's success as a trade baroness and her ability to keep things neutral is in part due to her mental instability. In a world that went completely sideways, she is in a weird state of denial that the apocalypse ever happened. This resulted in almost a split personality and the unique ability to completely disregard (or violently reject) things that would break her delusion. Most new patrons to her bar end up going along with this delusion (usually out of amusement or fear).