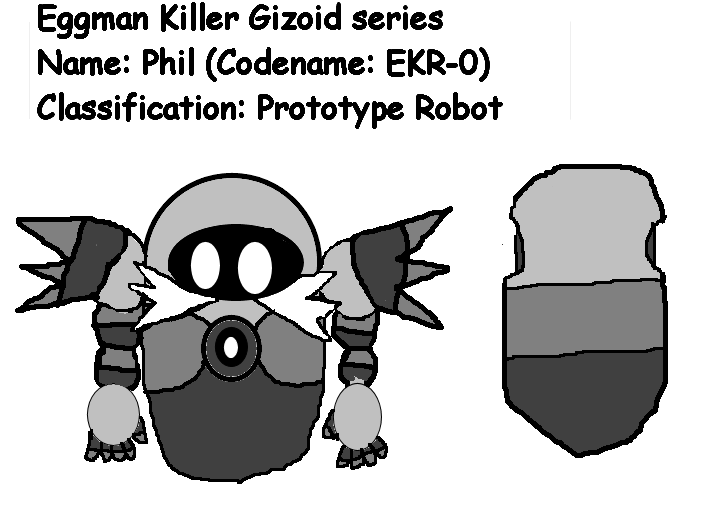 This is Zhen's best friend; a gizoid that was codenamed "EKG-0". He was once a failed prototype, but while Zhen was prisoner, she found him using her new powers, and used her power, to turn him into a living being, and, after getting the name of "Phil", he became her companion AND best friend, ever sense!

While Phil isn't invincible, or all-powerful, he is in fact, a gizoid, but with stable software, that led him into his own life and free will. Plus, while he's easy-going, and while he does have some respect for Eggman, (due to the fact, that he created him) Phil went on his own free will, as Zhen's best friend and companion.

But little do the Zeti know, that their powers cannot control this advanced machine...