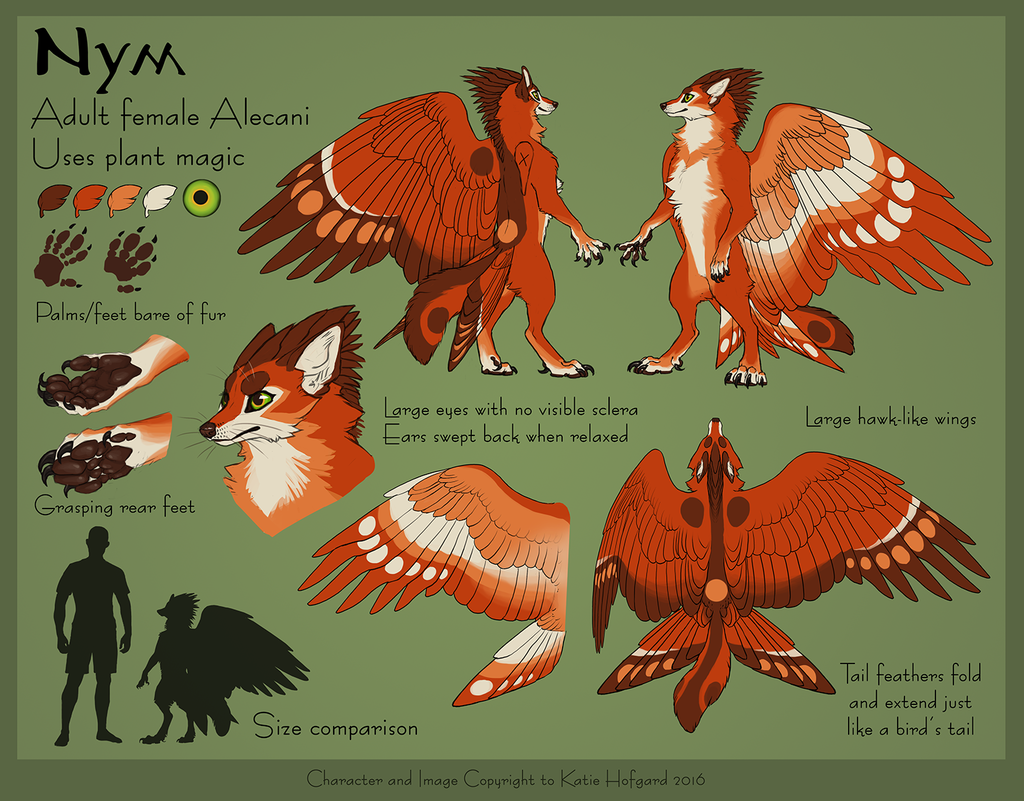 Nym's species is called the Alecani; small winged canines with speech capabilities, small dexterous hand paws, a high level of intelligence and adaptability, and sometimes the ability to manipulate magic. They are extremely empathic creatures, and very curious about other animals. They love tea, song and stories, and a good conversation with their close friends the Pylura (a species of cat people who live with them). Learn more about Alecani here!

She is part of a clan called the Ku'Dimali, living in an area that encompasses a lot of red canyon and pine forest. She works as a courier, delivering messages and supplies all over the Ku'Dimali province. She lives with her mother (Karu, a healer and creator of medicines), older brother (Fallyn, a fellow courier), younger brother (Lapi, adopted eating machine), and older sister (Calluna, ambassador to the Outer Cat Clans), in their cozy canyon home.

Nym's magic manifests as plants, usually leafy varieties, which she conjures and manipulates using spirit energy. Magic in her world is a construct, not an expression of the real thing. So Nym's plants aren't real living plants! She eventually happens upon a way to create real plants using spirit energy, which is a tale for another time. Read more about how magic works here - http://tinyurl.com/alecanimagic

Follow my world building tumblr for more Nym and the world of teaFeathers!